Audiovisual systems in the main hall of Vytautas Magnus University

Prior to the reconstruction, various events were regularly held in the Great Hall of Vytautas Magnus University. There were concerts, dances, performances and festive diploma ceremonies. In addition, the most important annual cultural events and festivals of Kaunas city, such as Kaunas Jazz and the International Festival of Modern Dance, were held in the Great Hall. Currently, the hall and lobby spaces are fully renovated, equipped with modern audio, video, conference and artistic lighting systems, further expanding the possibilities for a variety of events.

The sound system consists of two separate parts – the main (stage, hall) and the acoustic system in the hall. The Martin Audio “Line-Array” acoustic system of 12 separate modules (6 modules at the edges of the stage) is installed in the hall space. The two modules are designed for near-acoustic sounding in the hall space and are installed at the bottom of the Line-Array system. These modules are distinguished by a wider angle of sound propagation in both the vertical and horizontal planes. Other modules emit sound into the further space of the hall. The subwoofer system consists of two floor-standing Martin Audio speakers with two 18 ”speakers each. Martin Audio LE1200S monitoring system is used for sounding of stage space (performers). All hall acoustic systems are controlled by extremely high-performance, Class D Martin Audio MA4.8Q and MA6.8Q amplifiers, which are controlled by the amplifier control and status monitoring processor MA-NET1. The whole sound system is of high quality, suitable for events of various genres.

A set of BIAMP modern digital audio signal processing equipment was used for control and configuration of the sound system.

The sound director’s workplace is equipped with a digital mixing console Yamaha LS9-32, the capabilities of which are sufficient to supply large art groups as well.

The ProjectionDesign F82 1080 high-power and HD resolution video projector is installed in the operating room at the back of the hall, the parameters of which ensure excellent image quality on a large screen. The 9-meter-wide video screen is motorized and can be unfolded in seconds. When not in use, the screen rotates automatically and does not interfere with other events.

For the artistic lighting of the stage in the hall, a traverse of searchlights is installed on the ceiling, which can be lowered in a motorized way if the searchlights need to be adjusted or serviced. Spotlights with adjustable beam angle are used for quality theatrical events. Other spotlights are installed in the side lodges and stage. Lighting system spotlights can be used not only for artistic events on stage, but they are perfect for high-quality lighting of participants on stage during conferences or similar academic events. Such lighting is useful when events are filmed or broadcast using remote video conferencing systems that have been installed after the modernization of the hall.

The new electronic equipment installed in the hall is multifunctional and enables the community of Vytautas Magnus University to use the most modern technologies for a wide variety of purposes. Remote video conferencing equipment can be used in the teaching process to transmit video and audio in the hall to anywhere in the world. Using Polycom’s video conferencing system, which is widely used in the world, it is possible to organize video conferencing in real time online with another audience using similar equipment. Video transmission takes place in HD resolution, together with audio signals, the excellent quality of which is ensured by the audio signal control devices and microphones used in the system.

All systems installed in the hall can be conveniently controlled with Crestron devices. A convenient wireless control panel with a touch screen and a convenient user interface allows the system user – for example, the event host or moderator – to easily and quickly control audio, hall lighting, video devices.

The ground floor lobby has also changed significantly since the reconstruction, becoming a modern space not only for students and visitors to events in the main hall – the lobby with sound and lighting equipment and modern movable furniture has become a great space for students’ creative and cultural events. 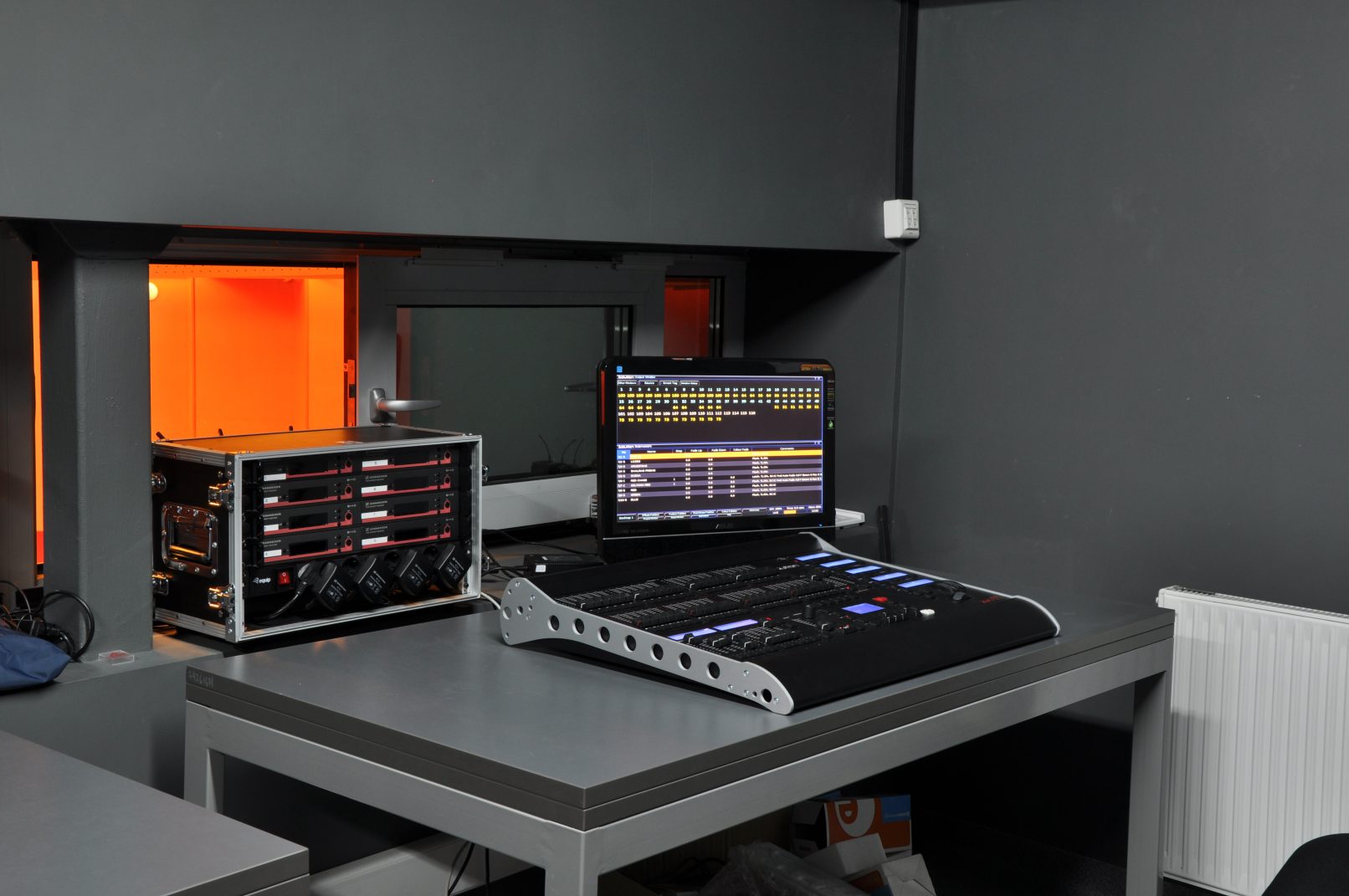 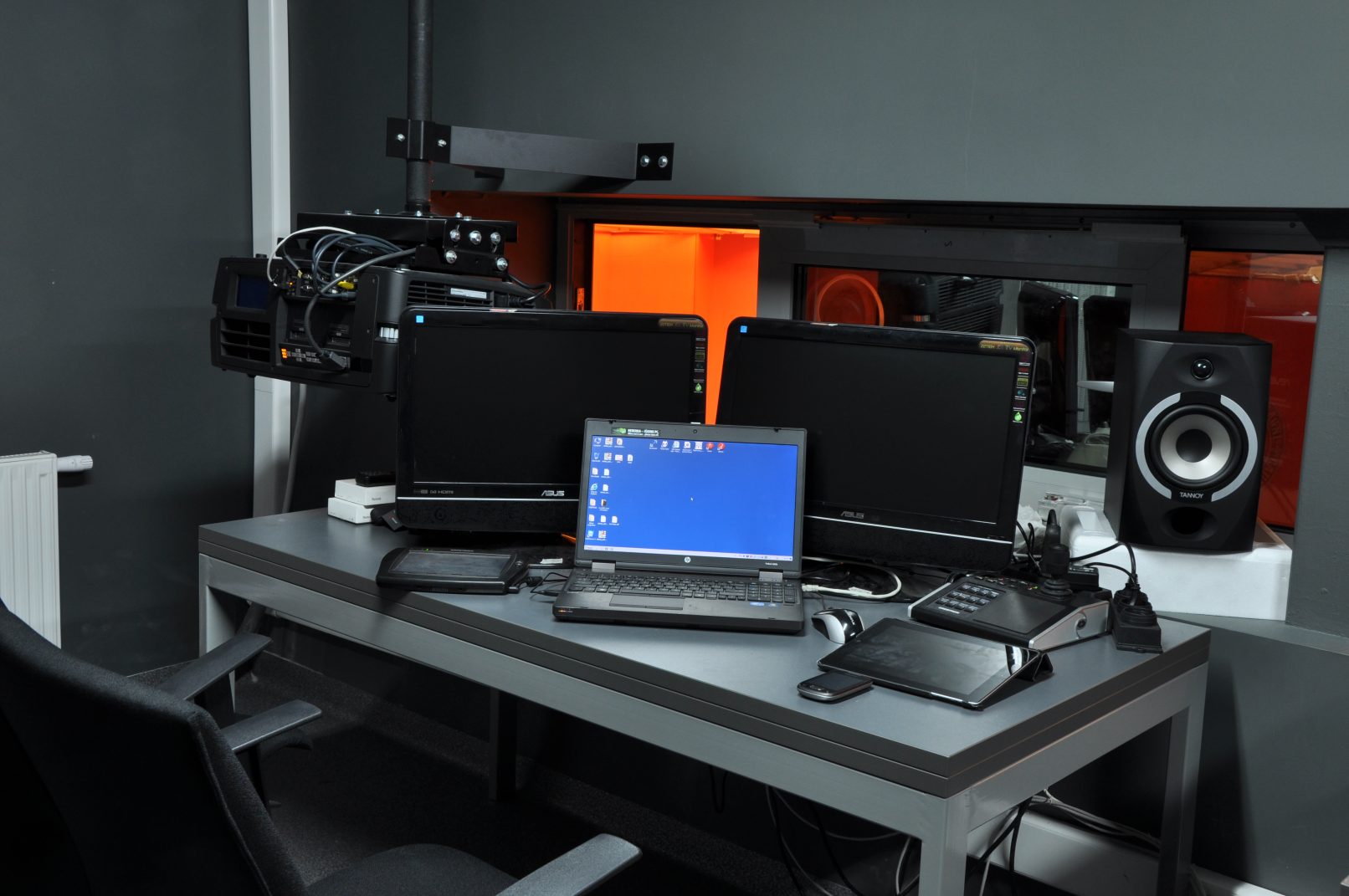 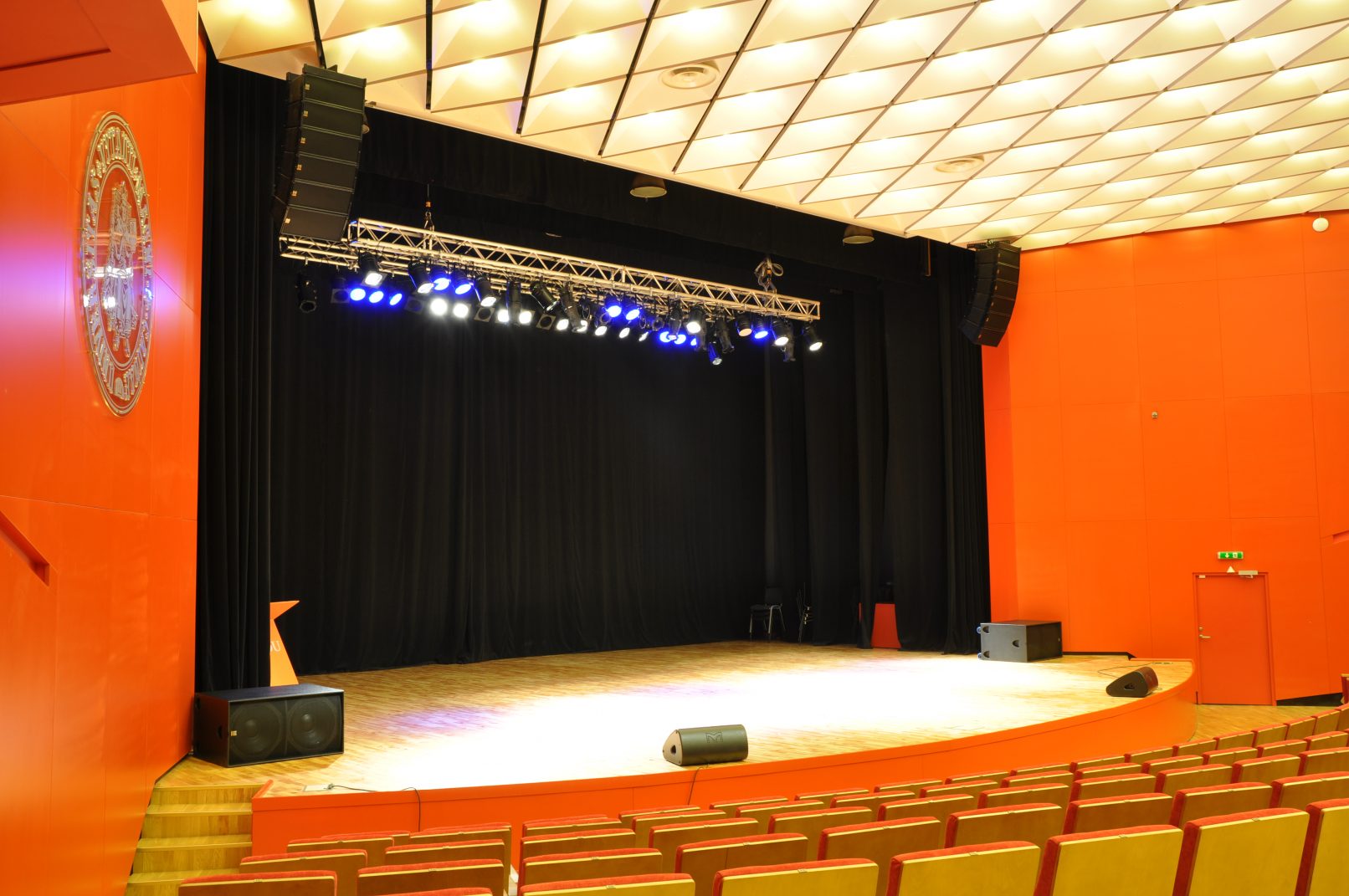