Alytus City Theater has been operating for more than 20 seasons. For a long time, the theater did not have a large hall, performances and events were held in the small hall and other theater spaces. The construction of the Great Hall took more than 15 years and was completed in early 2011.

During 2008-2010, the following stage technology systems were installed in the Great Hall:

The RCF TT series professional acoustic systems are installed in the part of the stage portal and on the stage, the technical properties of which perfectly meet the specific requirements of the theater. High efficiency, sound pressure, even sound distribution and compact design, excellent sound quality and other features have for many years ensured the highest requirements of sound professionals in theaters, concert halls and other various projects around the world.

The installation locations and sound directions of the acoustic systems have been carefully calculated to ensure even and high-quality sound propagation throughout the hall. According to the perimeter of the hall, compact effective acoustic systems are installed on the rear wall and ceiling, which form various spatial sound effects for highlighting or broadcasting multi-channel musical sound recordings.

The interior of the theater hall, designed by architect Saulius Juškys, has excellent acoustic properties. The audio equipment includes a digital sound director console Yamaha 01V with rich technical features and an additional analog Soundcraft sound console. With the help of a digital console, various sound preset programs can be prepared and stored in the memory, and sound effects can be created.

The system of stage mechanisms consists of 4 motorized lighting bridges, 22 motorized decoration lifts, a motorized mechanism of the front curtain. All stage top mechanization equipment is manufactured by the British manufacturer Hall Stage, with more than 100 years of experience in the global stage technology market.

In the floor part of the stage, an 11-meter-diameter swivel wheel with an independently controlled moving ring was installed. 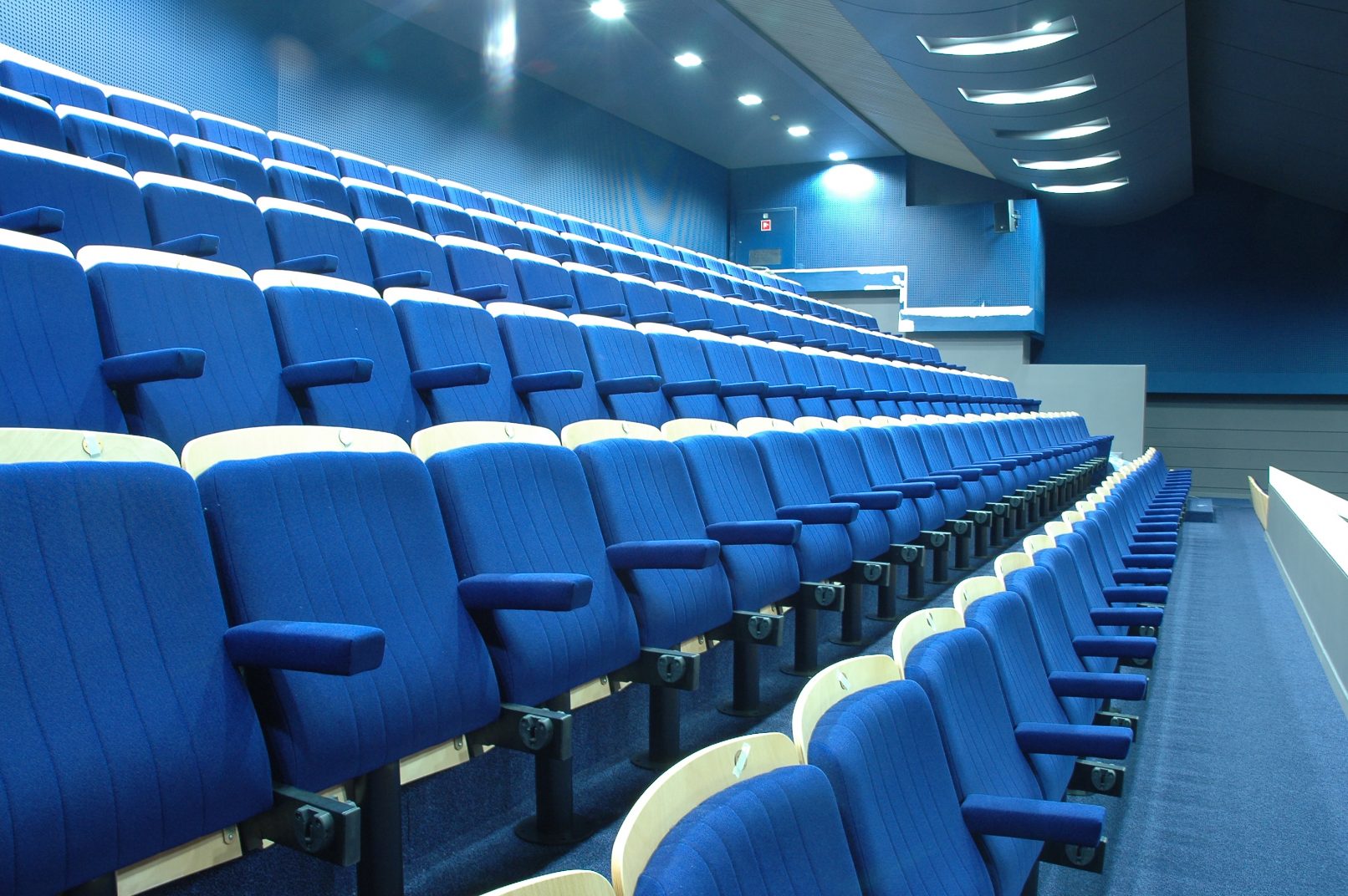 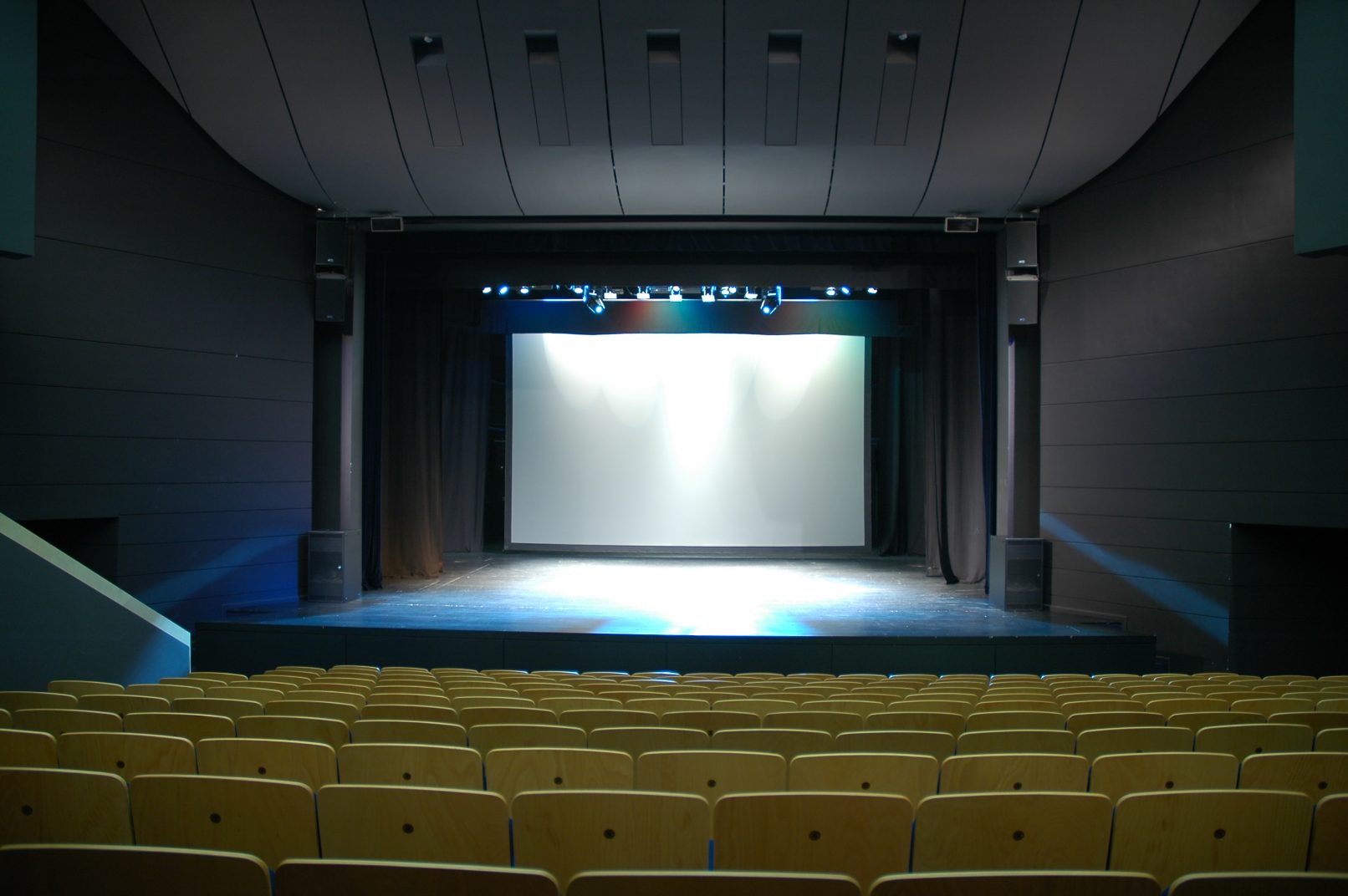 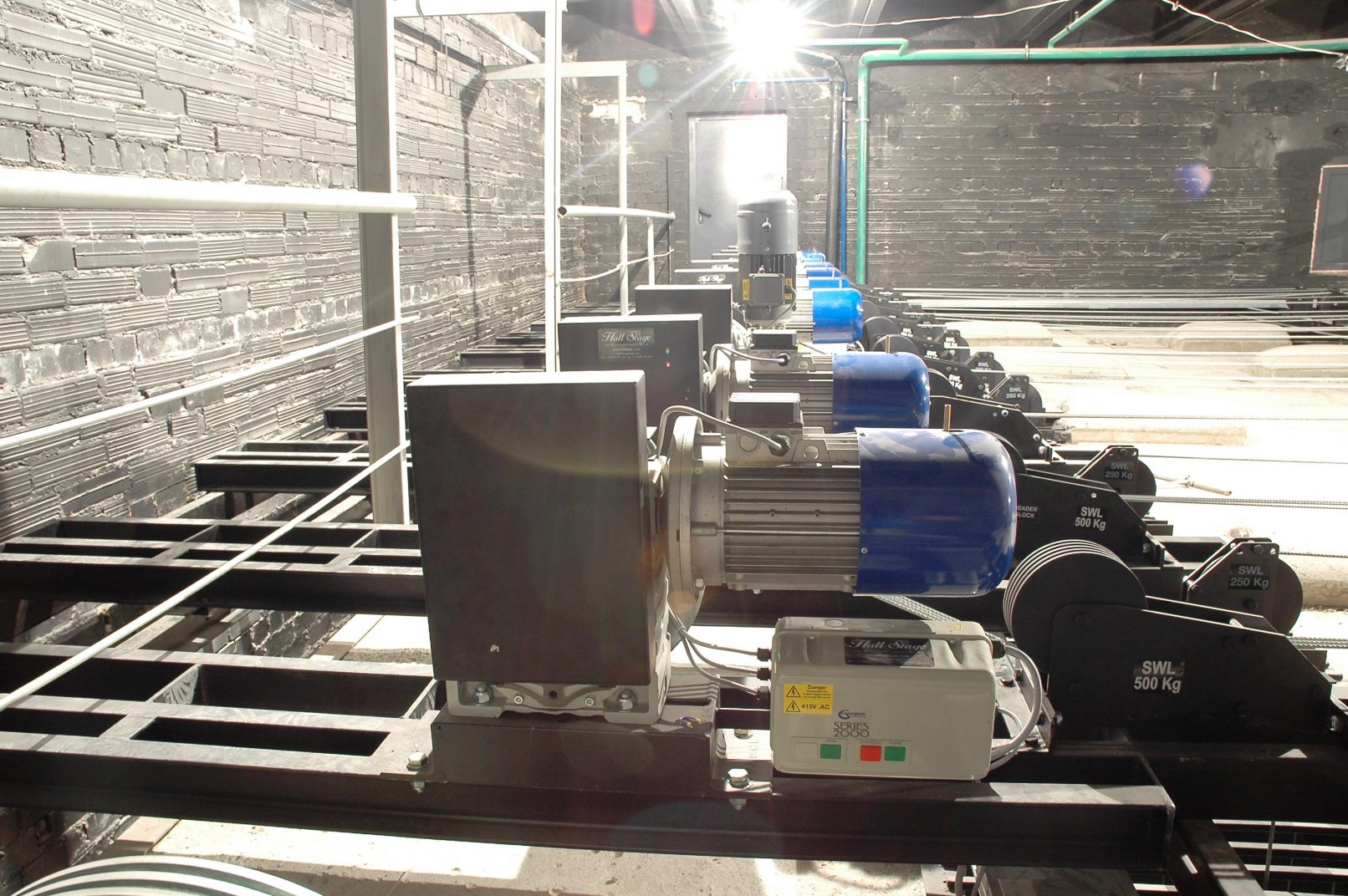 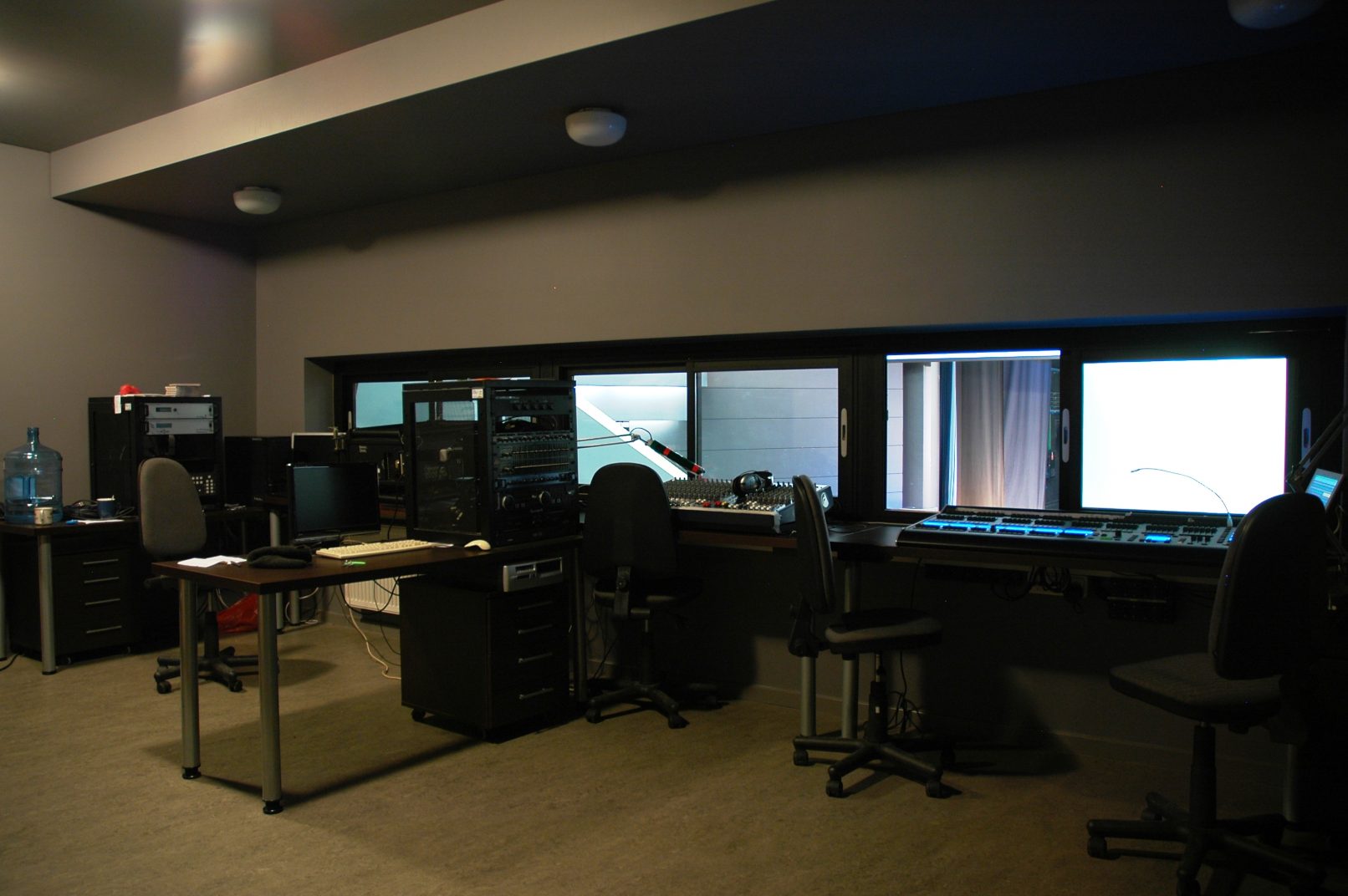 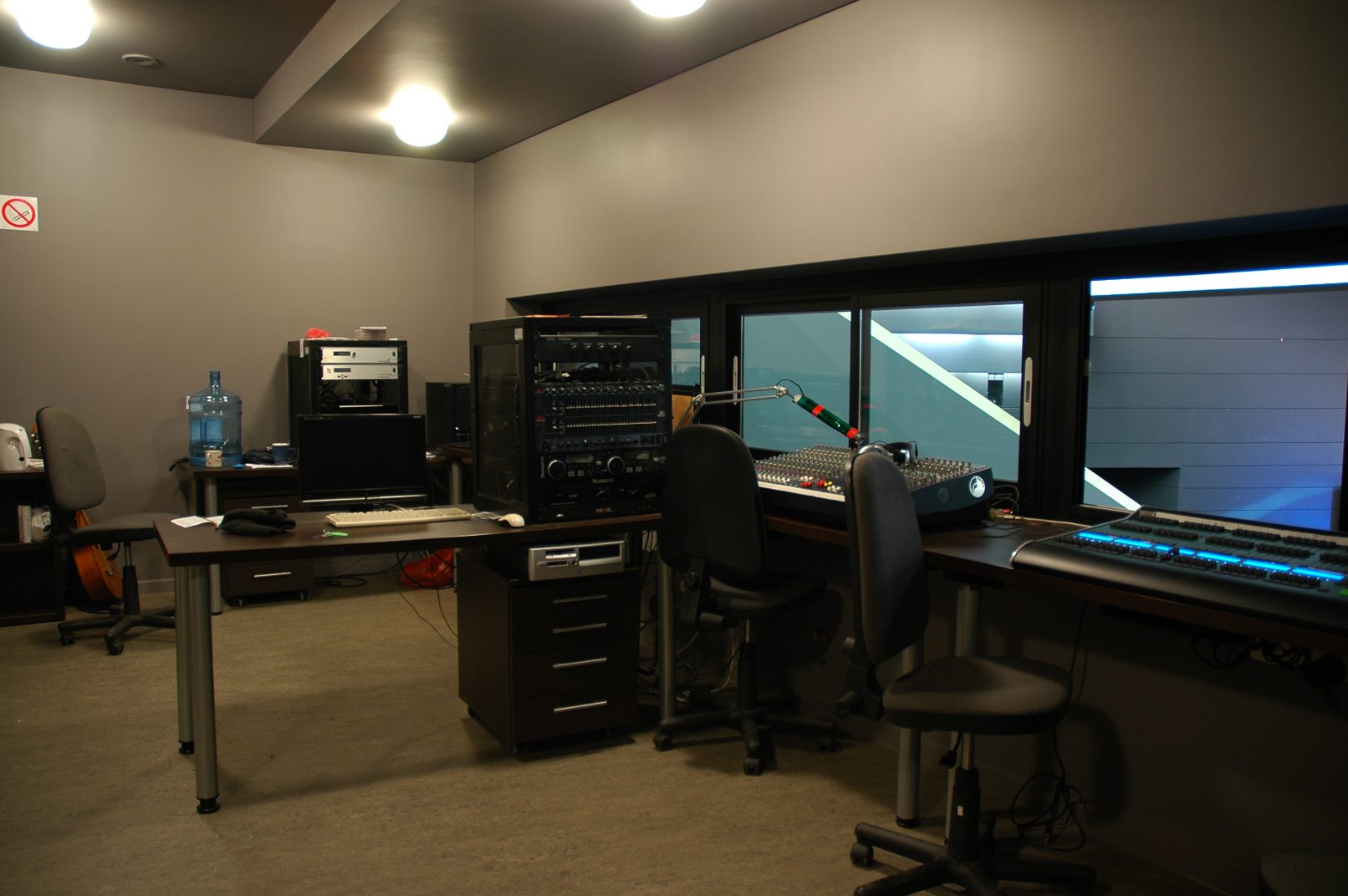 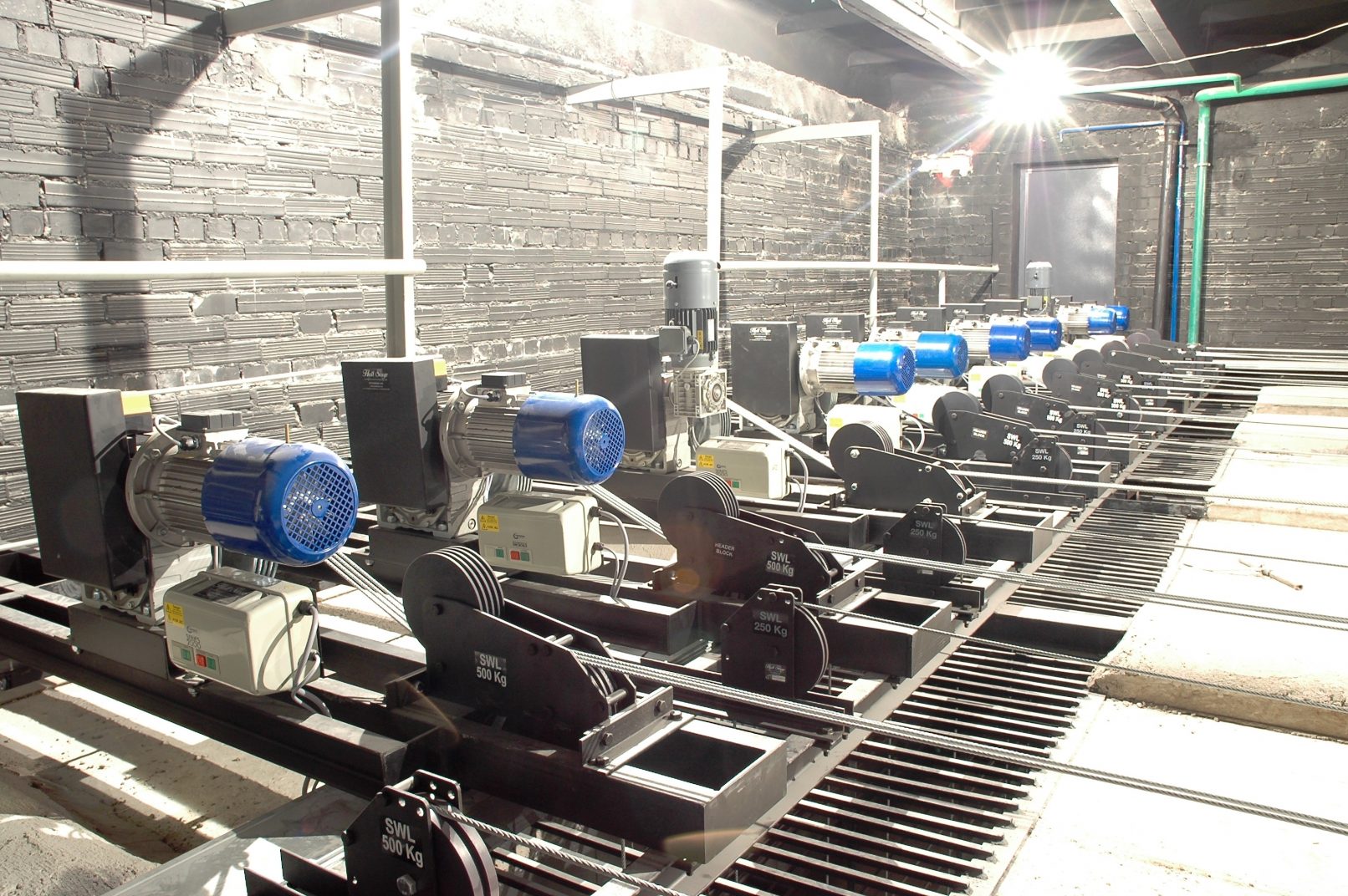