Advanced AV technologies in the office of Microsoft Lietuva

A new style of office – flexible – is rapidly gaining popularity in the world. Its essence is that employees do not have a permanent job. This is the style of work chosen by the company Microsoft Lietuva, which has established its office in the Baltic Hearts business center in Vilnius. Here, the employee can come to work in the morning to choose the workplace that best suits the day’s goals and the nature of the activity in public or private spaces:

This flexible office was designed taking into account Microsoft’s experience in other countries, so the task for the installation of audio and video systems was formed very clearly and precisely. Audioton, which won the competition, presented and installed audio and video system equipment in as many as 14 office rooms, where a high-resolution NEC video projector, Crestron automated control equipment and as many as 16 professional NEC LCD displays were installed:

The large conference hall is equipped with a whole complex of modern audio and video equipment. The stationary NEC PX750U high-resolution projector is used for image projection, projecting the image onto the Projecta motorized screen. Additional 46 ”NEC P-series LCD displays are installed on the sides of the hall for video dubbing. Martin Audio ceiling speakers, AMC microphones were used for sound. All this equipment and the lighting of the hall is controlled from the Crestron C2N-FT-TPS4-U-B-EU control panel with a touch screen installed in the rostrum of the speaker. This compact device is not just a control panel, when you open its metal cover, we find a compartment with audio-visual cables, which allows the speaker to quickly and conveniently connect his laptop or other device and display visual material on the hall screens.

Crestron DMPS-300-C device with integrated matrix 7 × 4 video switch, audio processor and amplifier, control processor is used for switching and processing of video and audio signals. The DMPS device is one of the products in the Crestron DigitalMedia series. DigitalMedia is a unique system on the market with no analogues for high-definition video, multi-channel audio, computer network and control signals transmission with a single cable over long distances and signal switching. In this project, video signals are transmitted via DigitalMedia cables to the projector and LCD displays.

The Crestron DALI interface was used to control the hall lighting. The Crestron control system is also integrated with the fire protection system.

An analogous system is installed in the meeting room, where two 65 ”NEC V651 LCD displays are installed for video playback.

An interactive solution in one of the meeting rooms is the NEC V651-TM 65-inch touchscreen display. With its help, the presenter can interactively conduct trainings or demonstrate visual material and at the same time create and adjust it with the help of touch. The touch-sensitive screen surface responds to 5 touches simultaneously.

The staff lounge is equipped with another NEC V651 screen with an Xbox game console. Here, not only employees but also office visitors who can try out the latest Xbox Kinect games have the opportunity to break away from stressful activities.

The office reception has a professional NEC screen with an integrated computer for broadcasting the company’s advertising. 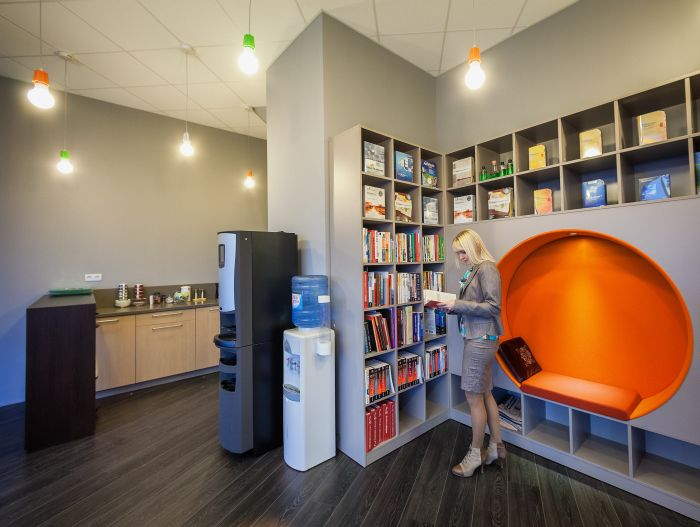 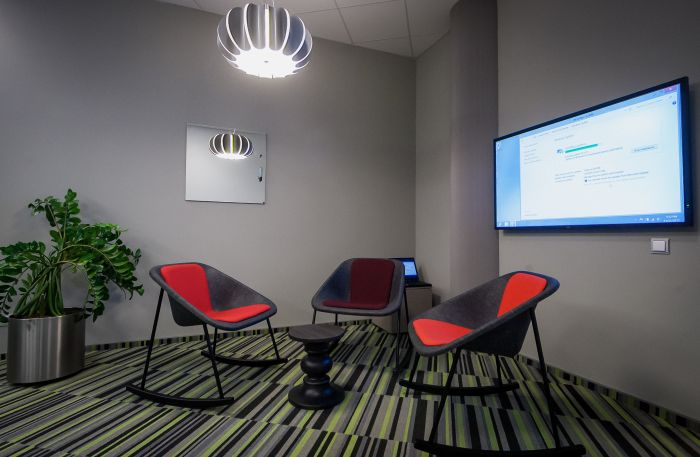 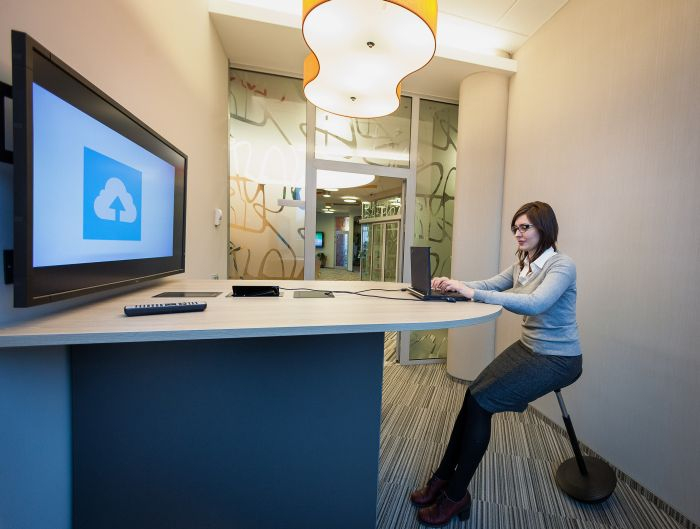 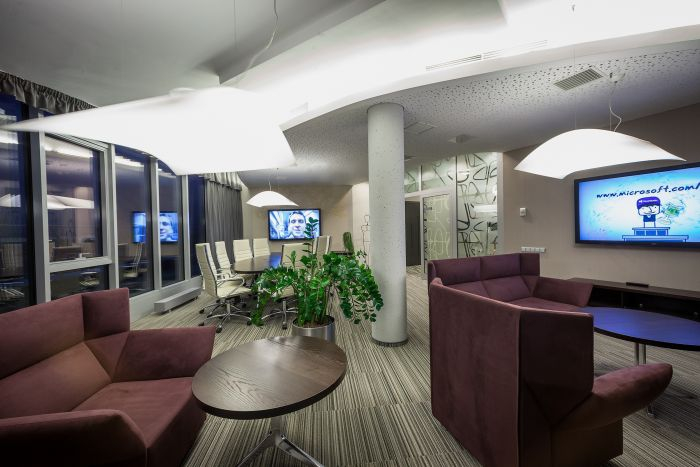 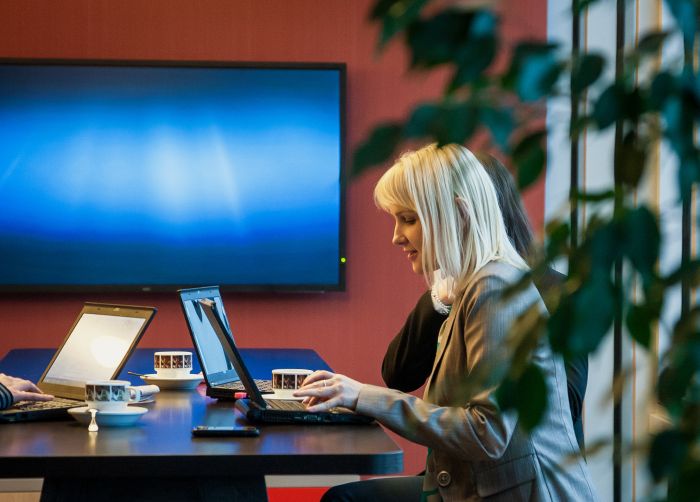 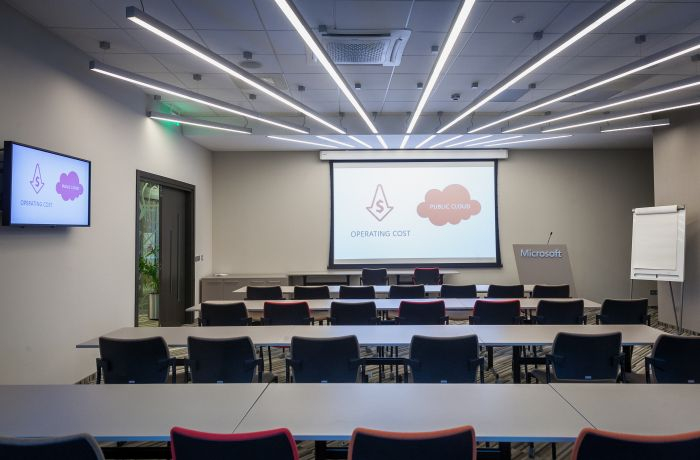