Latest technologies in the stage of Kaunas national musical theater

At the end of 2019, we basically reconstructed the stage technologies of Kaunas Musical Theater. During the first half of the year, all the old stage mechanisms were dismantled and the most modern equipment for lifting stage decorations and lighting bridges meeting the SIL3 safety level was installed, controlled by one of the most advanced computer systems in Europe by the Dutch company Trekwerk. In a short period of time, obsolete and unsafe decoration equipment was completely dismantled, and old galleries were dismantled. New steel structures have been installed, which have significantly improved the performance of the stage, providing the theater technical and creative staff with much more comfortable working conditions and wider opportunities for creative and technical theater activities. New stage floors, new technical floor construction, wider galleries and convenient technical stairs have been installed. With the dismantling of the old hand-operated counterweight scenery mechanisms, the space of the stage expanded, the acoustic properties of the stage improved, and the aesthetic appearance of the stage changed substantially.

During the reconstruction, 34 sets of motorized high-speed decoration lifts with evenly adjustable speed up to 1.5 m / s, 5 new spotlights, modern control panels with an intuitive and feature-rich interactive user interface have been installed. A motorized platform of the orchestra pit has been installed, which, when raised to the level of the stage floor, can create an increased stage space on the side of the auditorium.

During the reconstruction, four 2.4 x 2 m mobile four autonomously moving floor platforms were constructed. These platforms, which can transport decorations weighing up to 1000 kg, can be programmed to move synchronously according to the planned scenario, thus ensuring completely new scenography possibilities that are not yet used in Lithuania.

During the reconstruction of the stage, other works important for the quality of the theater were performed – a new sound system for the stage space and a sound monitoring system for the orchestra’s musicians with headphones that are individually connected and controlled for each musician were installed. The stage artistic lighting system has been renewed, additional lighting control lines have been installed, a new work and rehearsal lighting system has been installed, a video recording and broadcasting system has been added, the assistant director’s workplace has been modernized and other small but also necessary theater staff repairs have been performed. For more comfortable work during performances, stage floors and galleries are equipped with Blue light signal lighting systems, which are controlled together with artistic lighting spotlights. 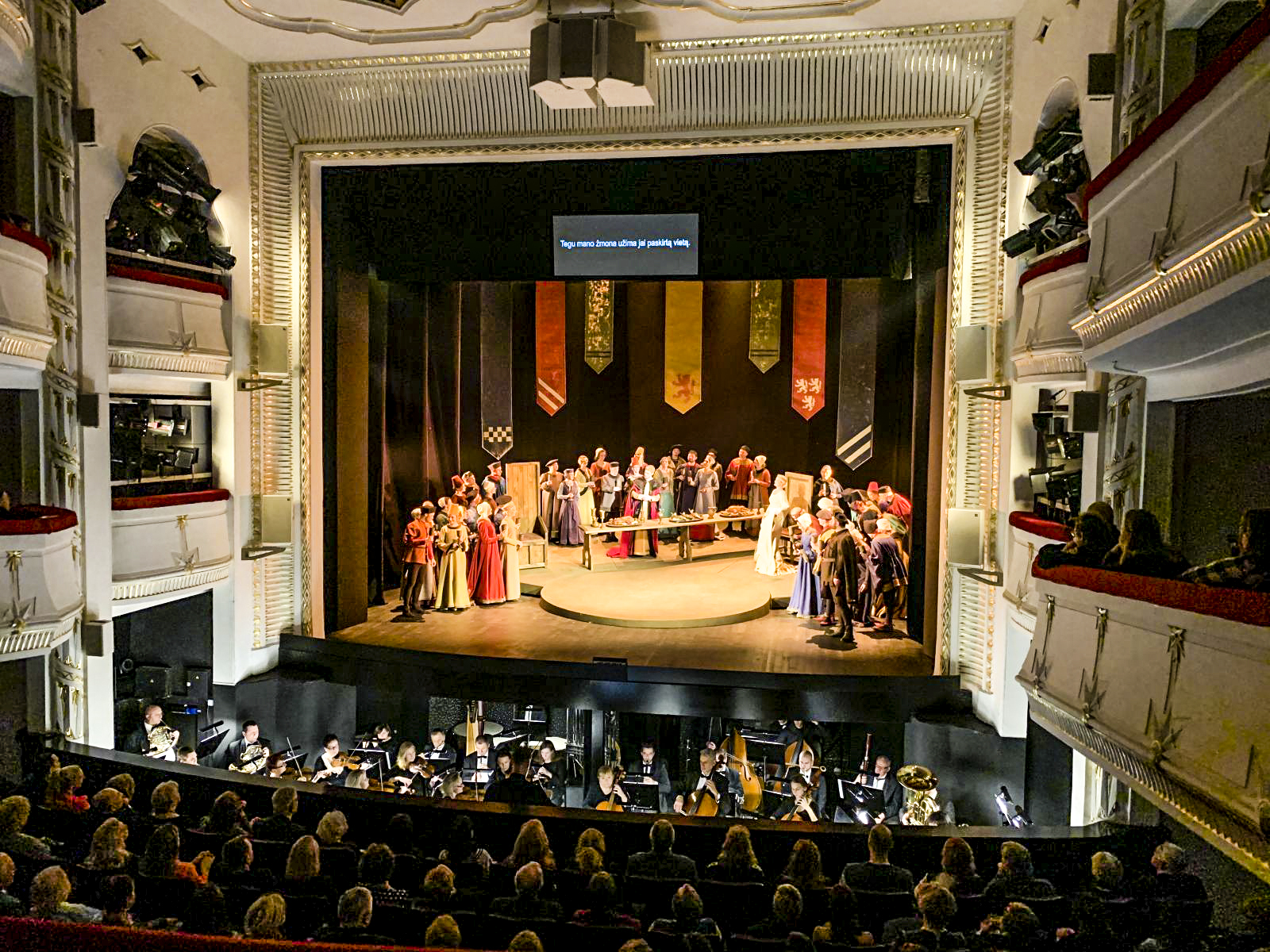 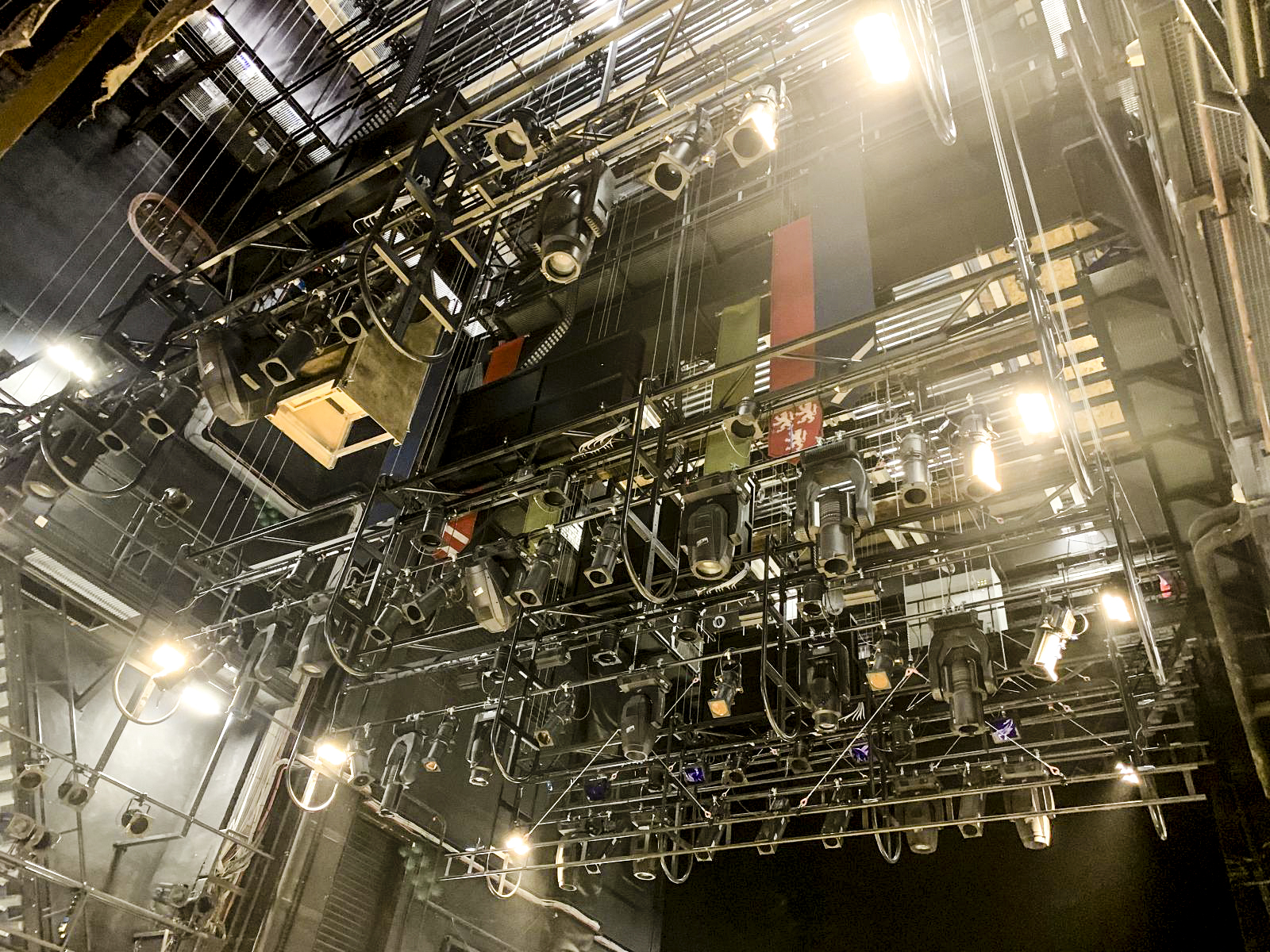 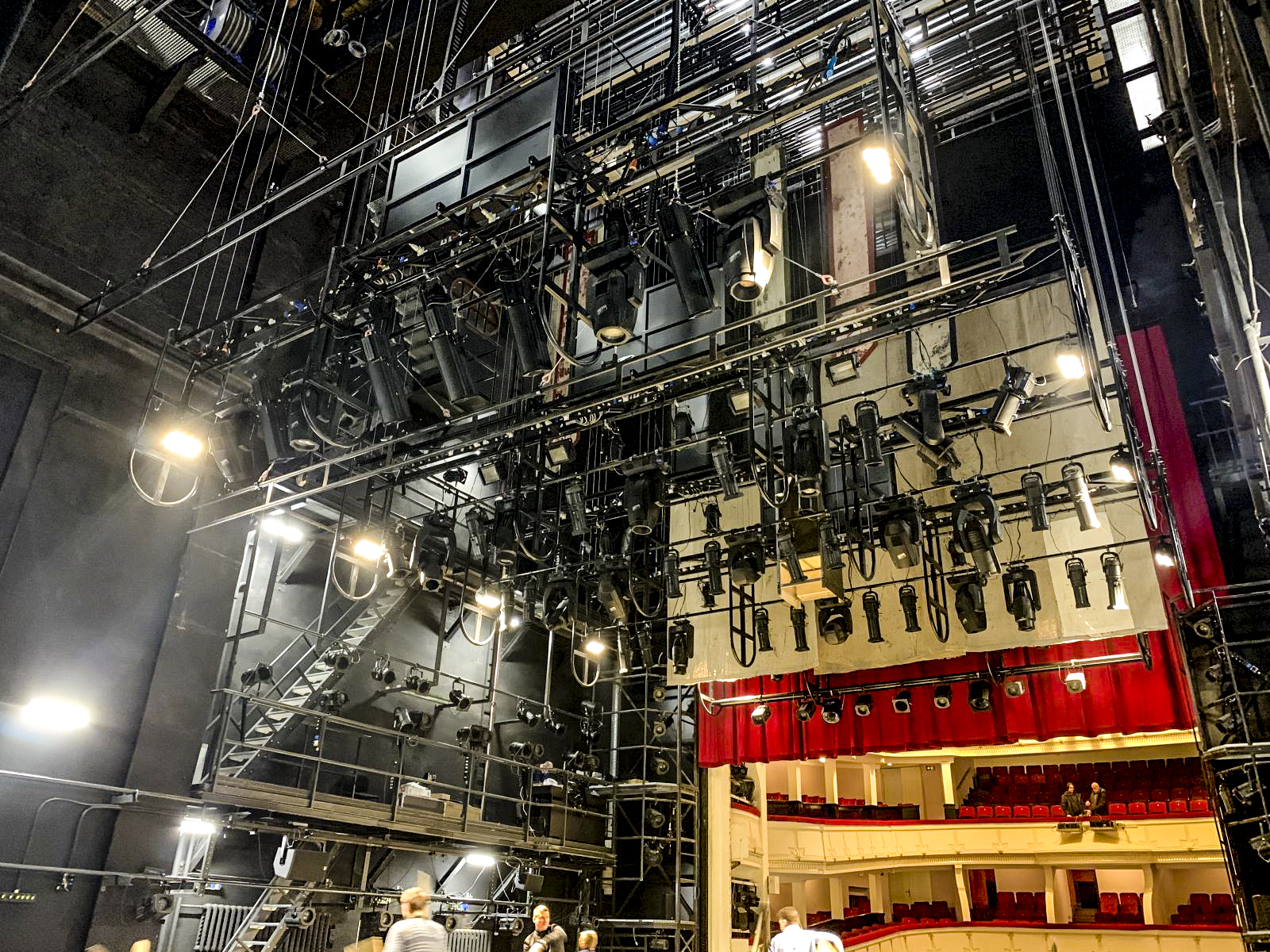 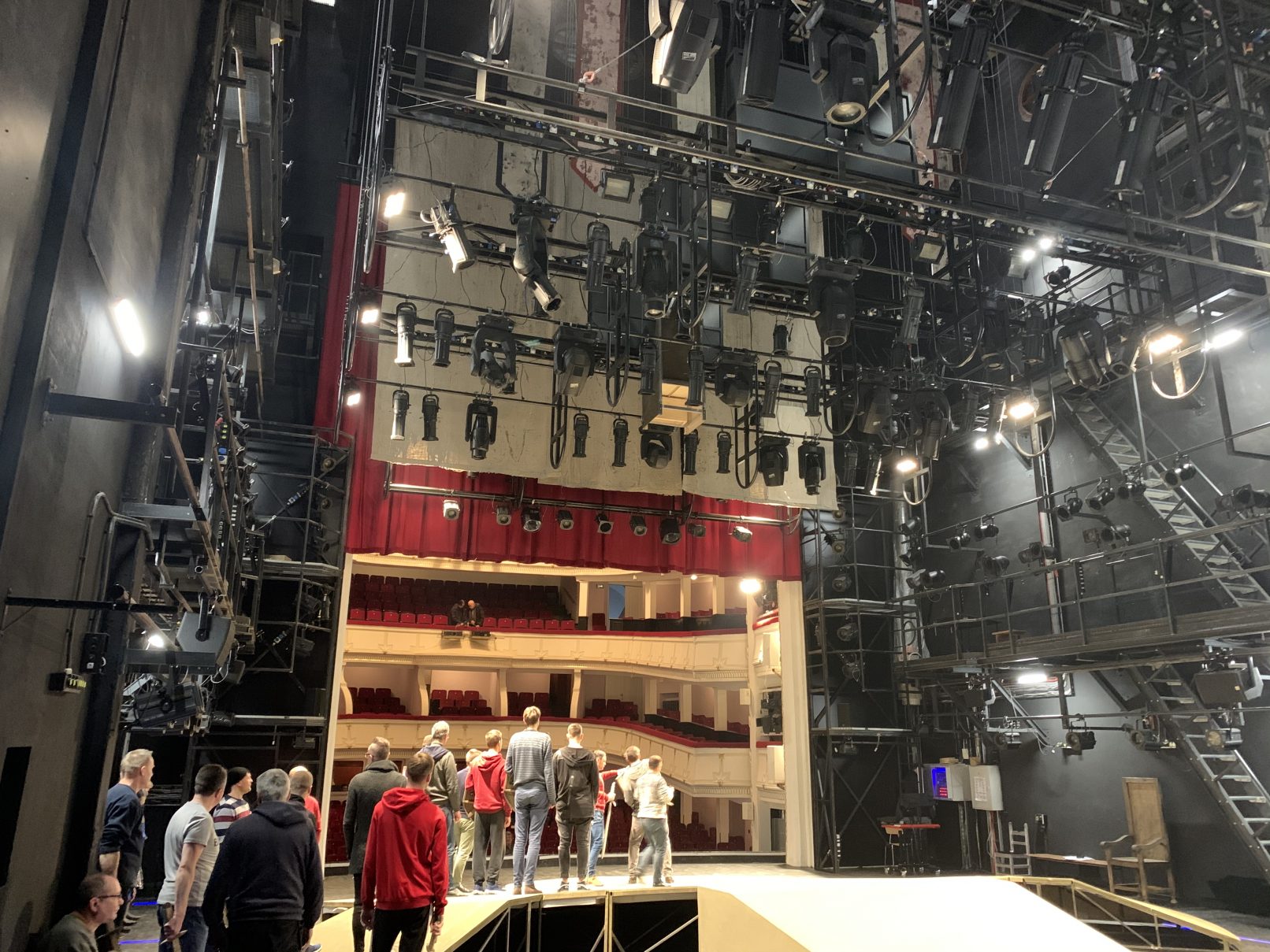 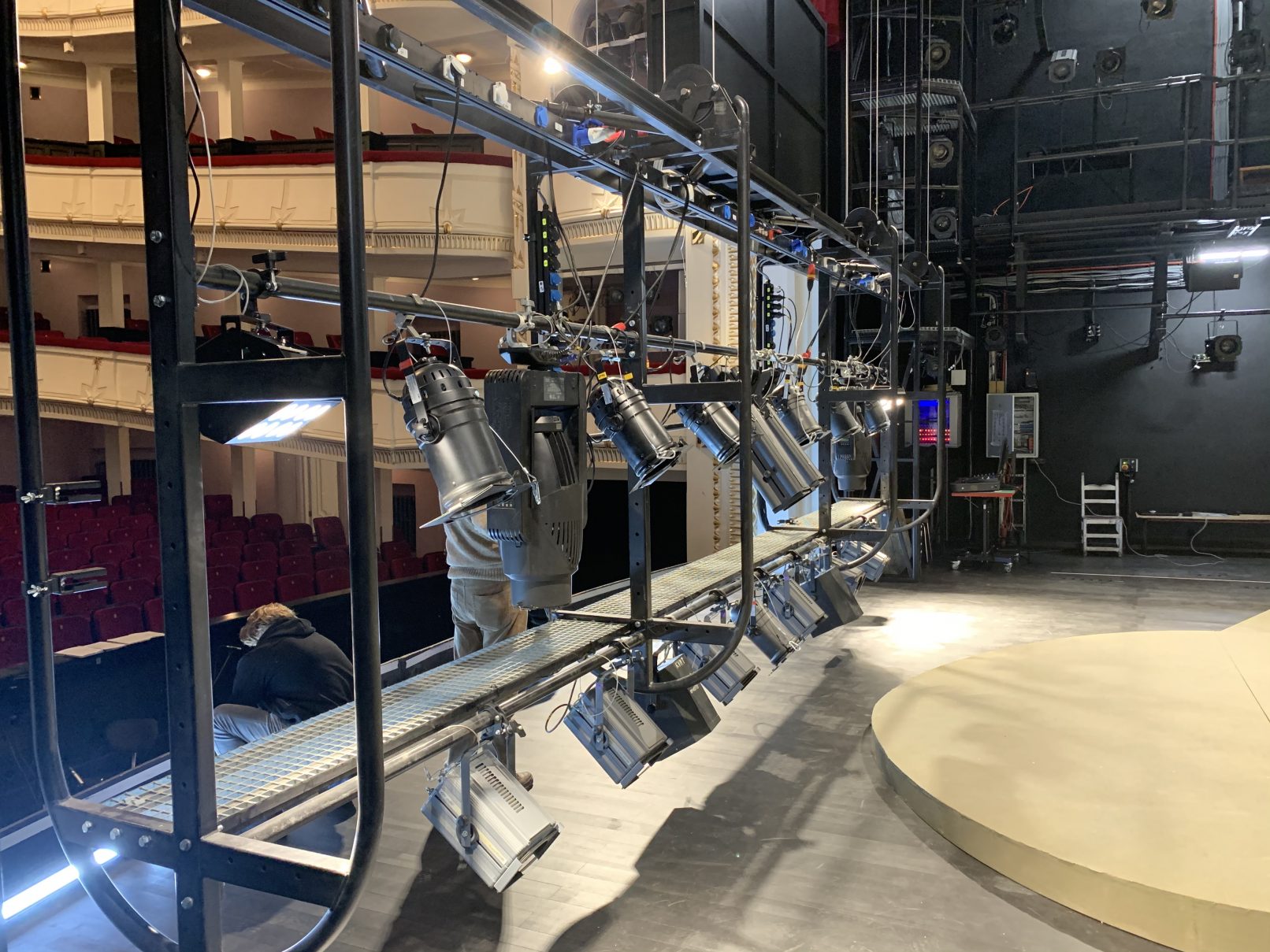 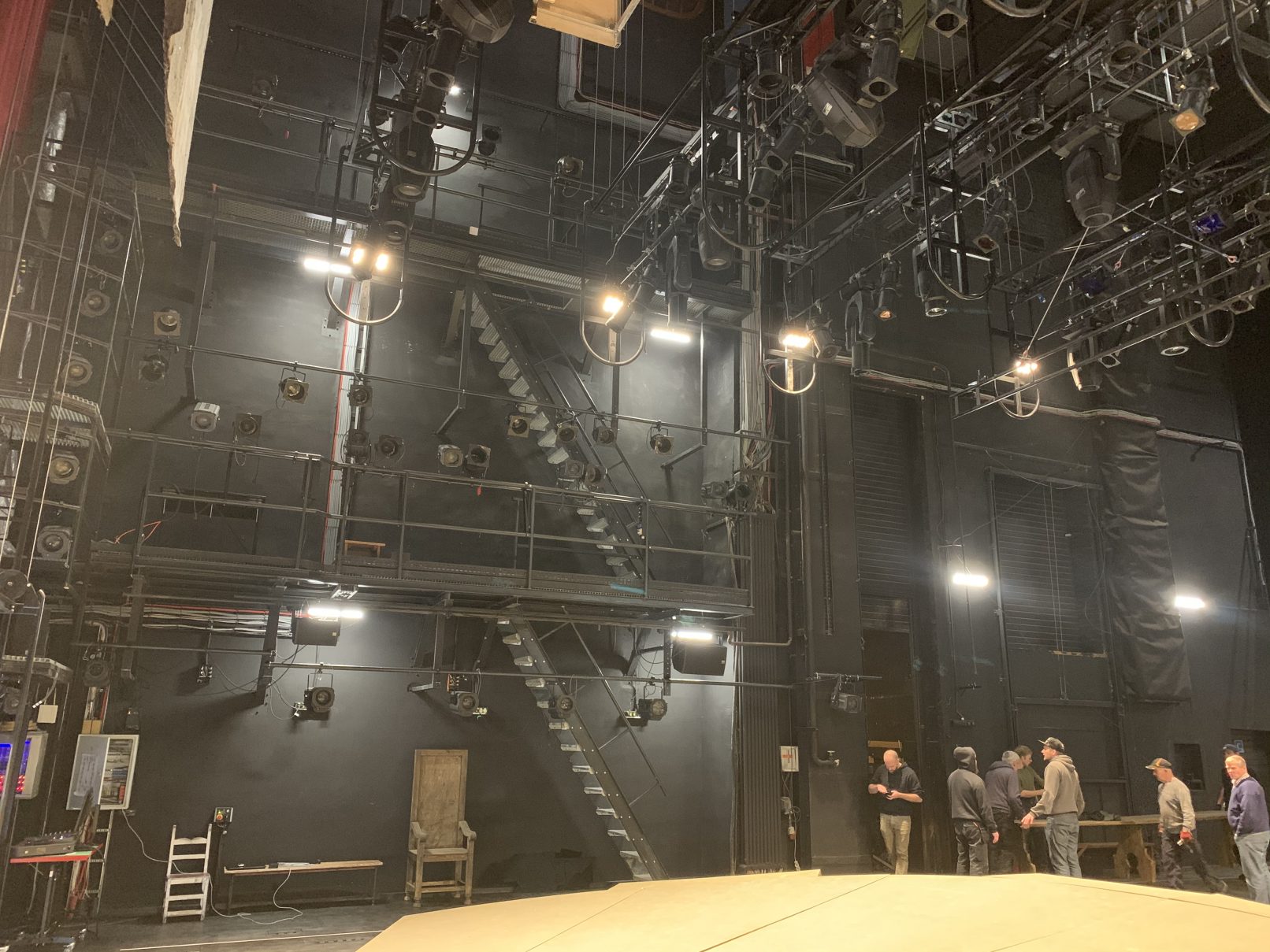 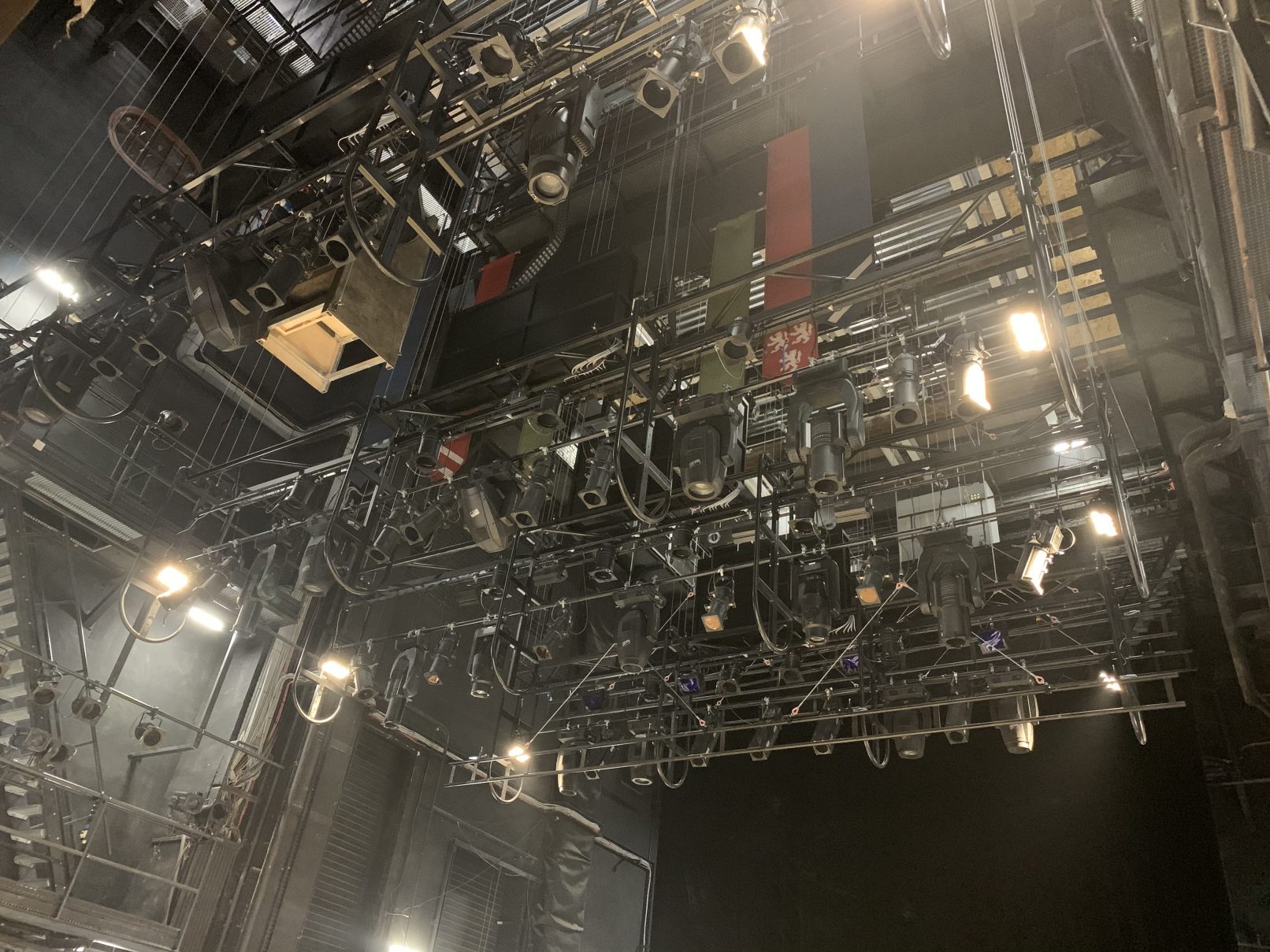 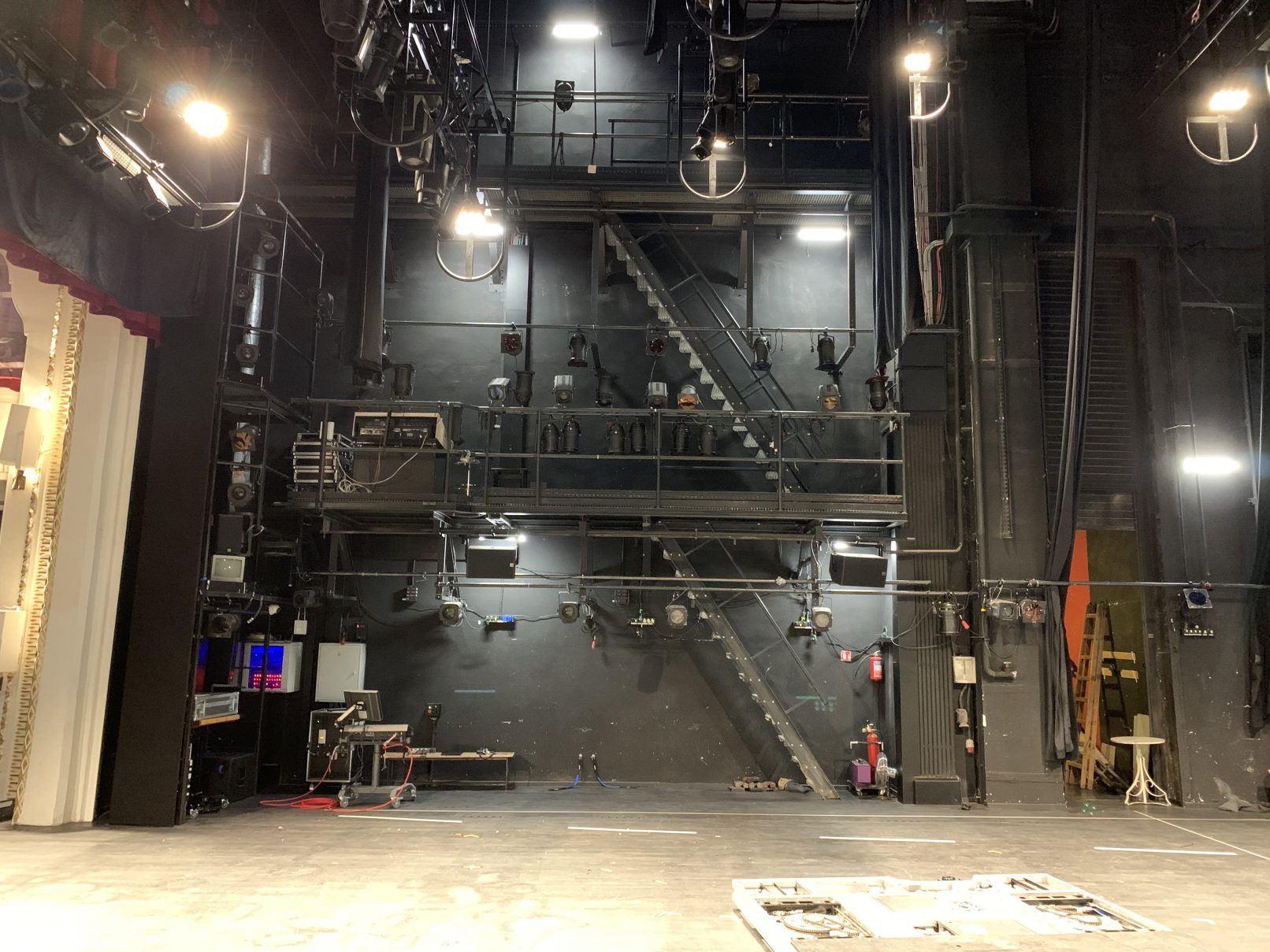 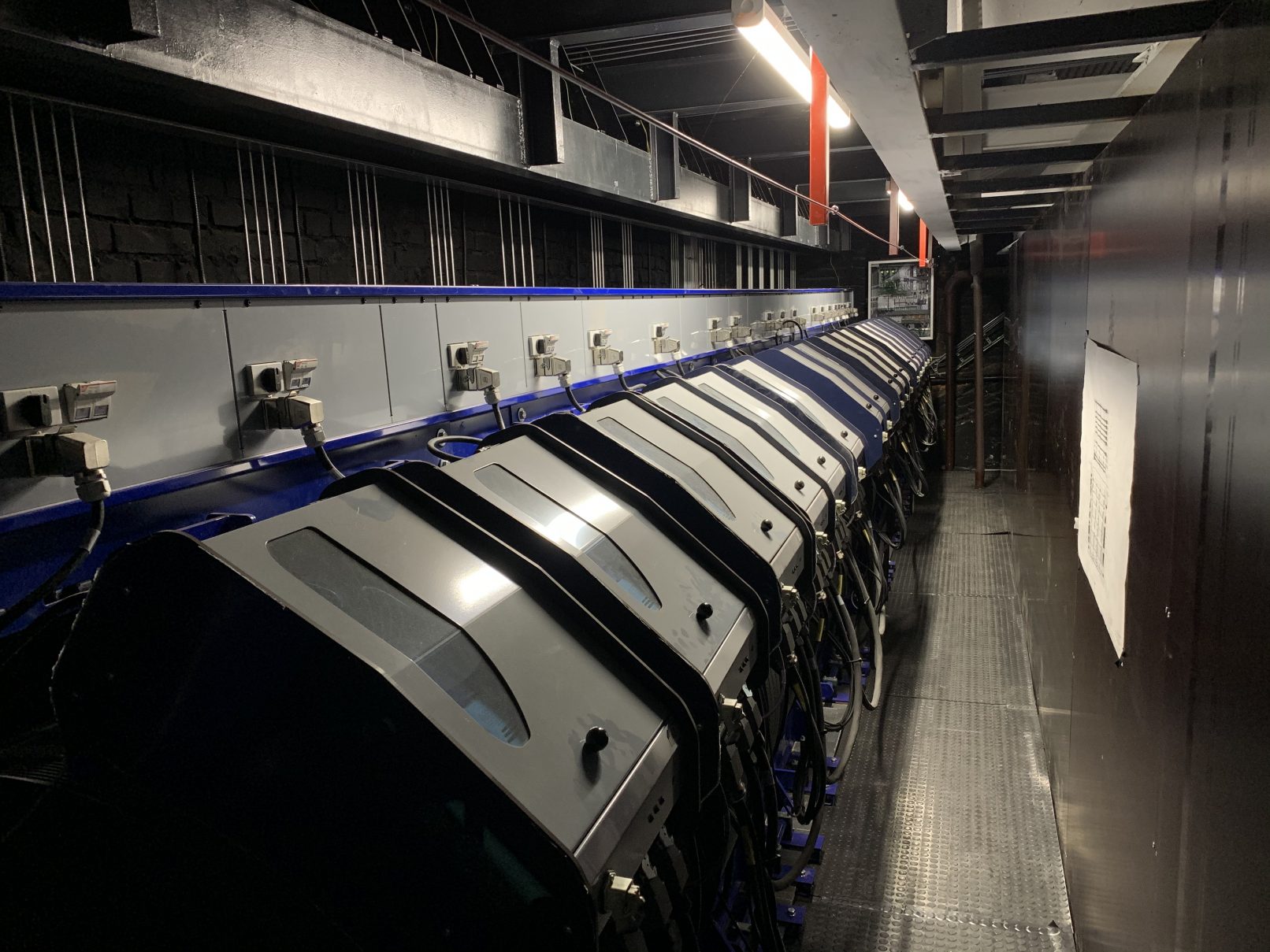 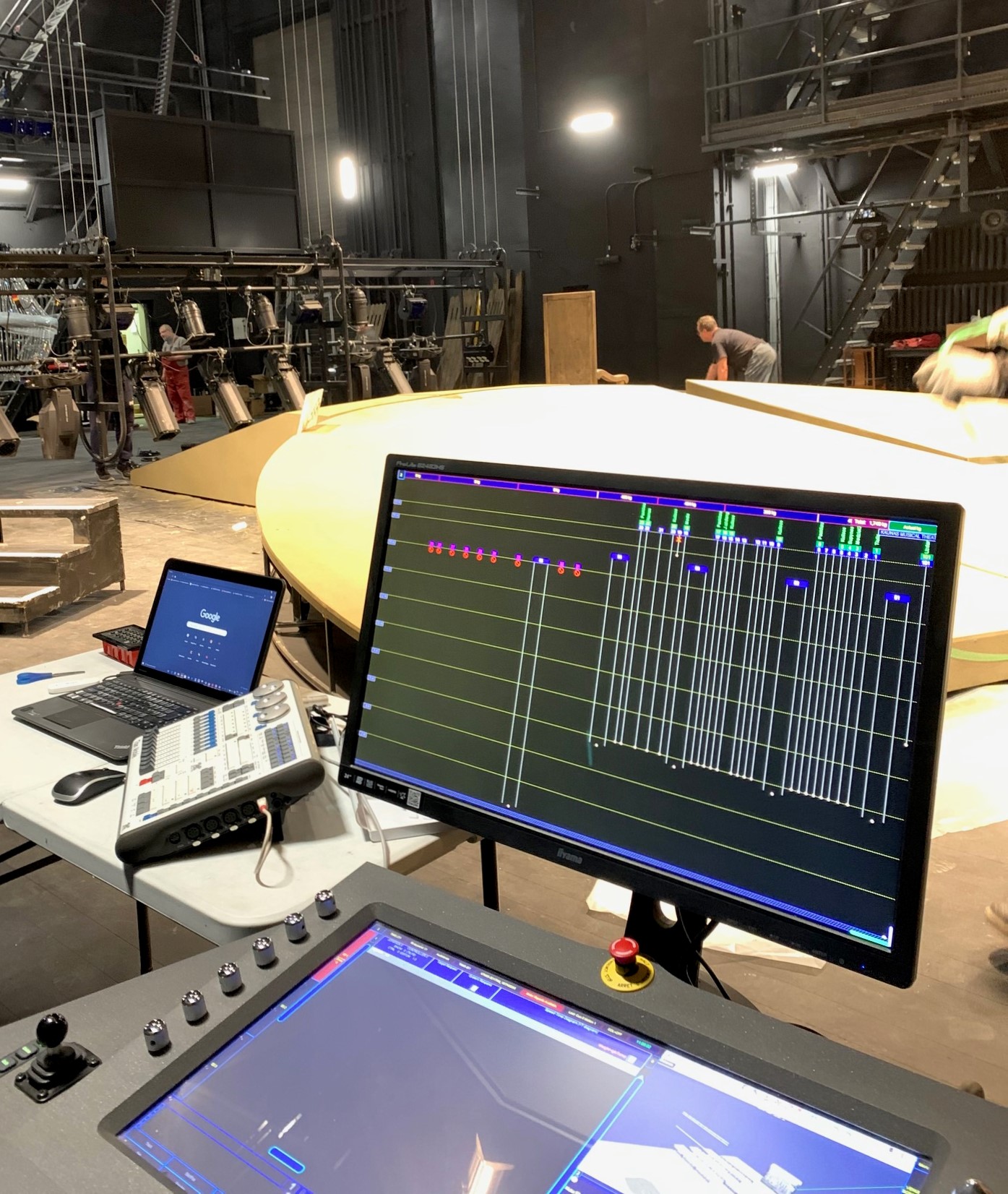 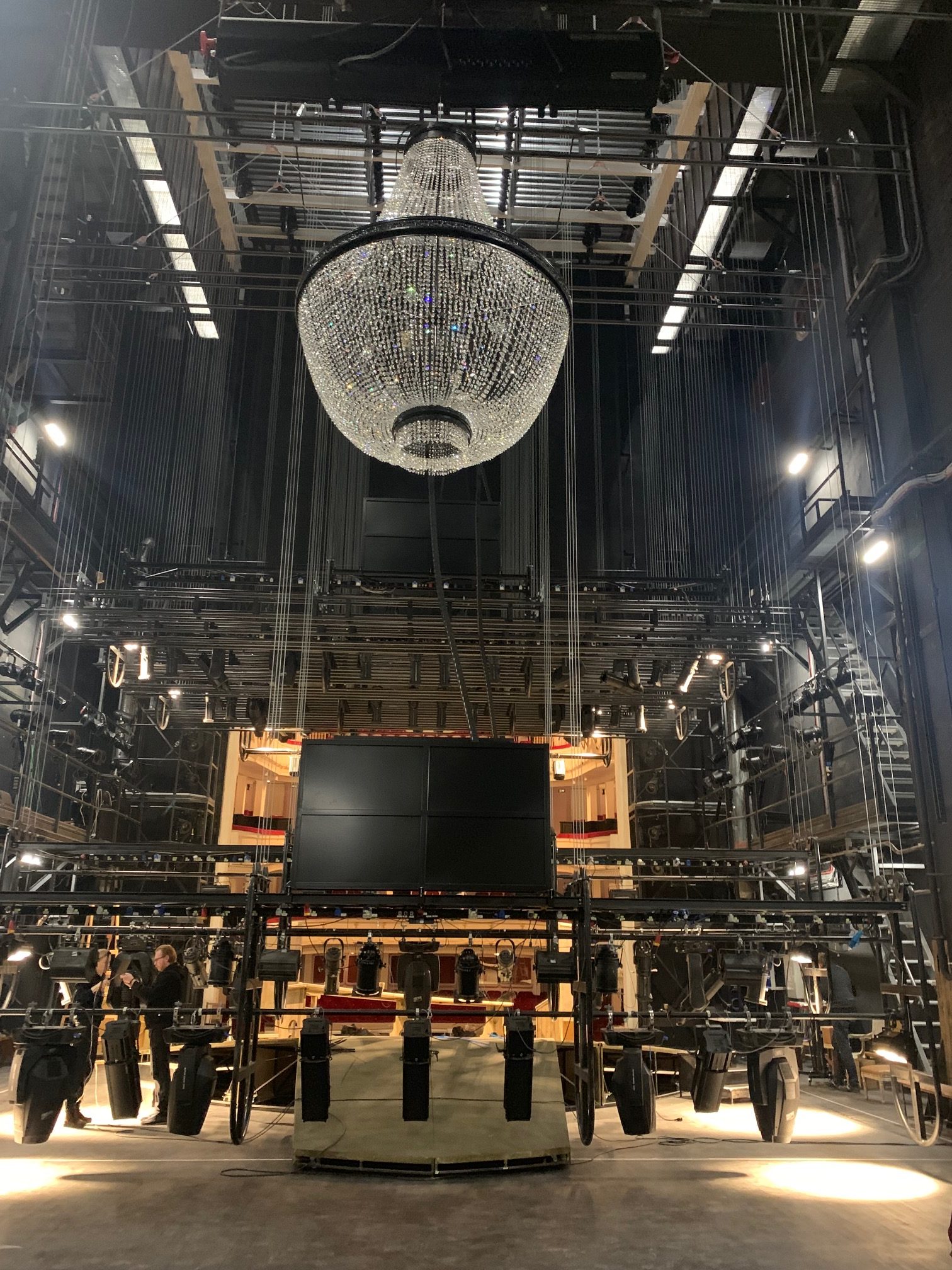 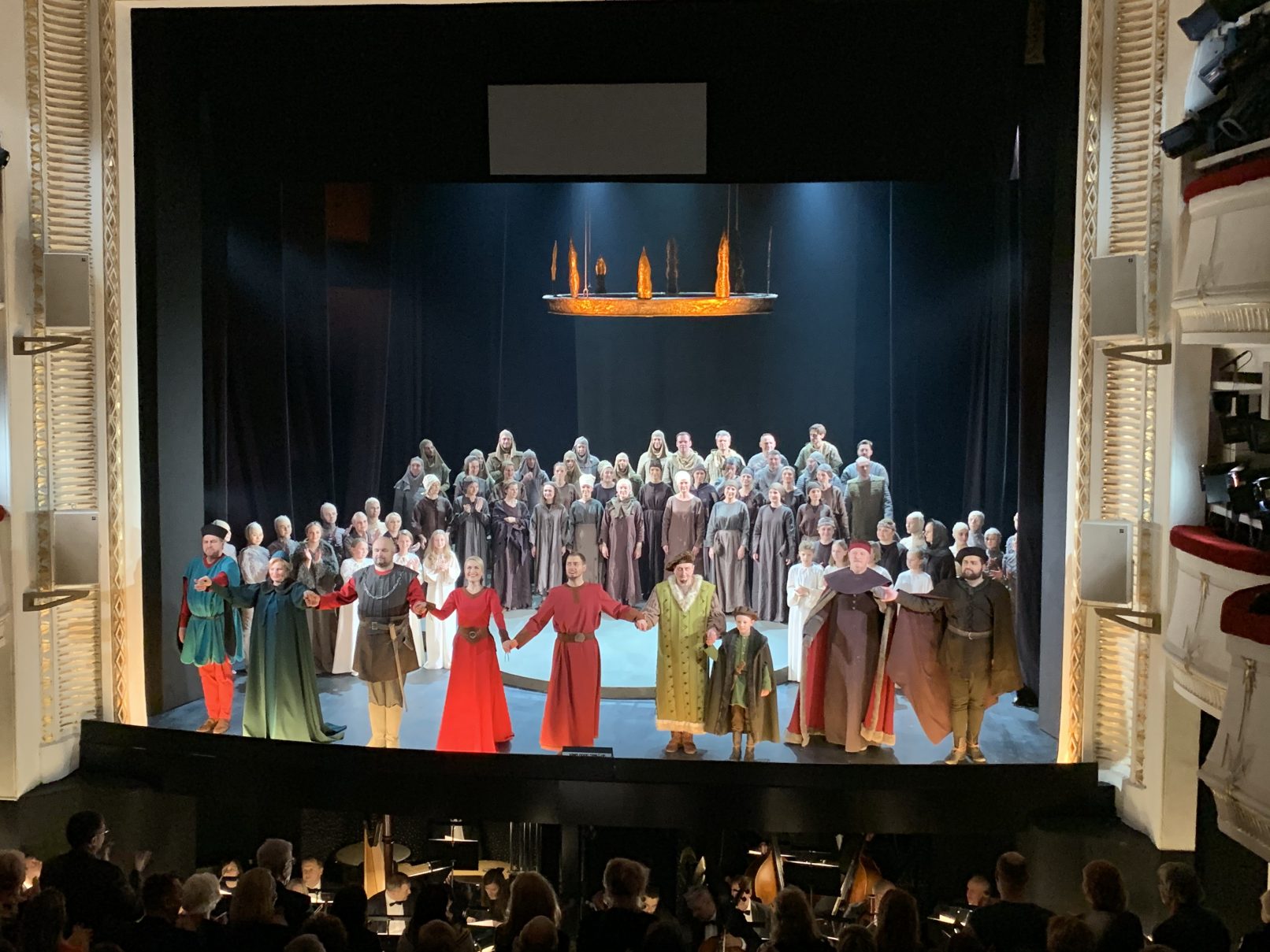 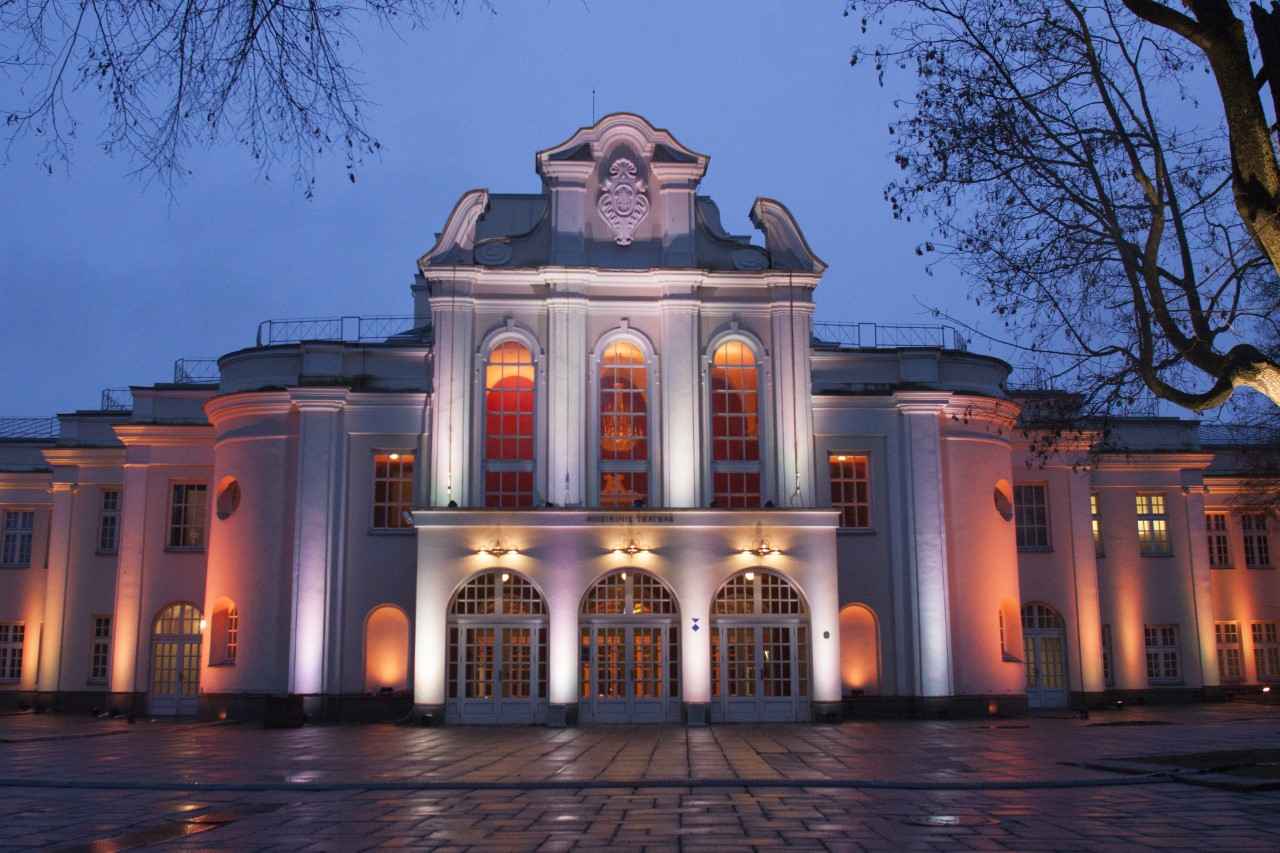