Modern conferencing solution in the headquarters of Swedbank

In the amphitheater auditorium selected a whole complex of modern audiovisual technologies. First of all, it is a reverse video projection solution, with a specially designed and equipped screen-based technical room. Precisely mounted in this room, the NEC NP4000 video projector with a wide-angle lens forms an image on a rear projection Adeo 350 x 266 cm frame screen. This technology has proved its worth here – due to the high height of the room, it was not possible to install a video projector in the hall, the maximum brightness and contrast of the image was obtained, and the projector installed in the technical room is extremely easy to service.

As the problem of equal sound is especially important for amphitheater audiences, a modern solution is again used here – the acoustic system of Line Array technology. The auditorium is equipped with two Martin Audio Omniline eight-module acoustic systems that create an ideally equal sound pressure at any listener in the hall. For music signal reproduction, the system was complemented by a compact low-frequency acoustic system Martin Audio AQ112, which was built into the wall under the video screen.

The lecturer’s workplace is an interactive speaker stand, where the entire arsenal of equipment for the speaker is installed – a computer, a touch screen, a microphone, a panel with ports for mobile video and audio sources. The Crestron MP-B20 control panel is installed in the grandstand to control all audio, video equipment and hall lighting, with the help of which the system is quickly prepared for work, and all the main system control functions are available from one place during the event.

AMC iPlay5 speakers and SUB 200A subwoofer modules were selected for sound in the café area and other halls. The sound system in the auditorium and other areas consists of a unified multi-zone sound system, the central unit of which is BIAMP Nexia CS and Nexia SP sound processors, Bittner Audio 8 × 400 multichannel amplifier. 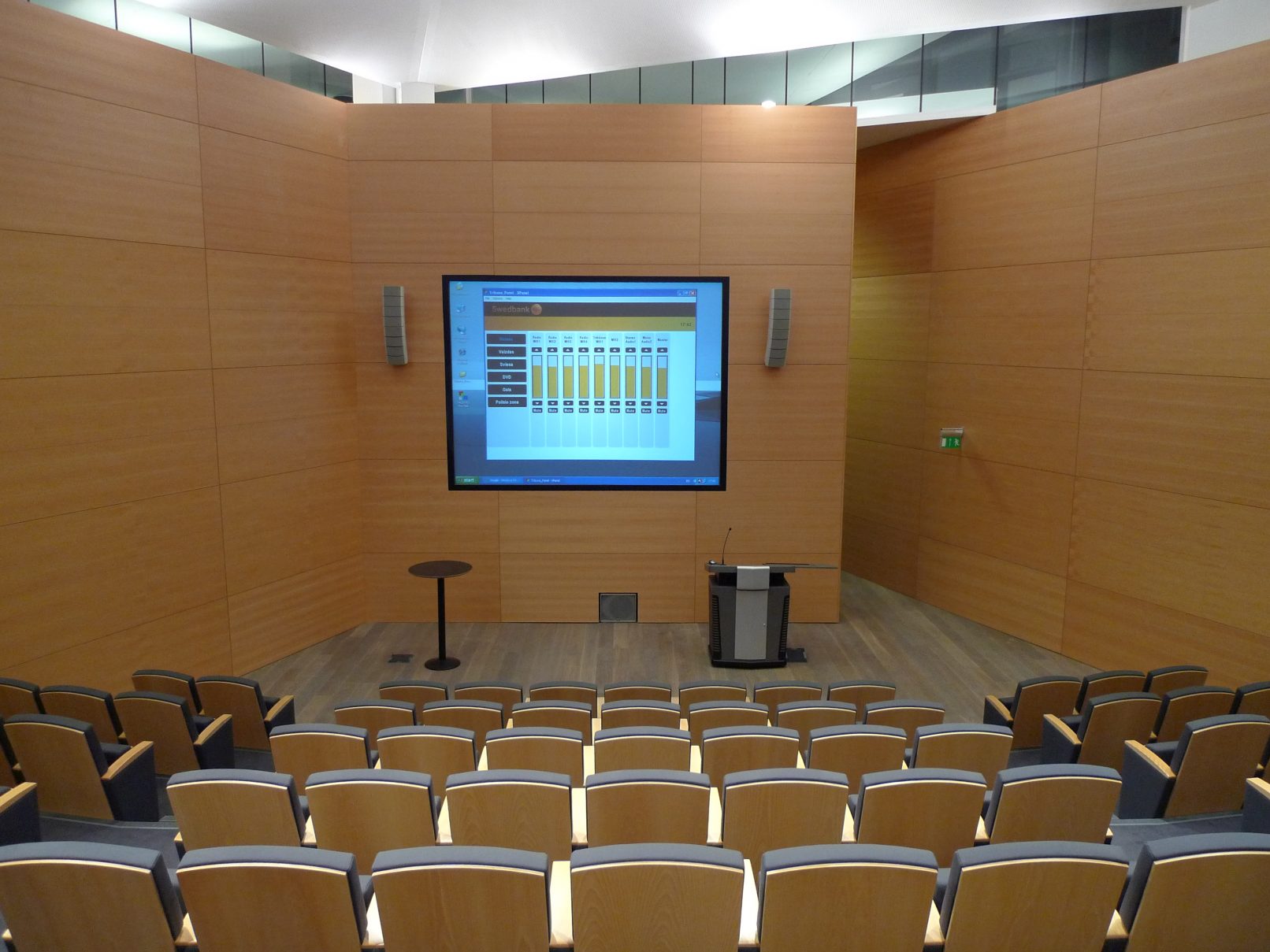 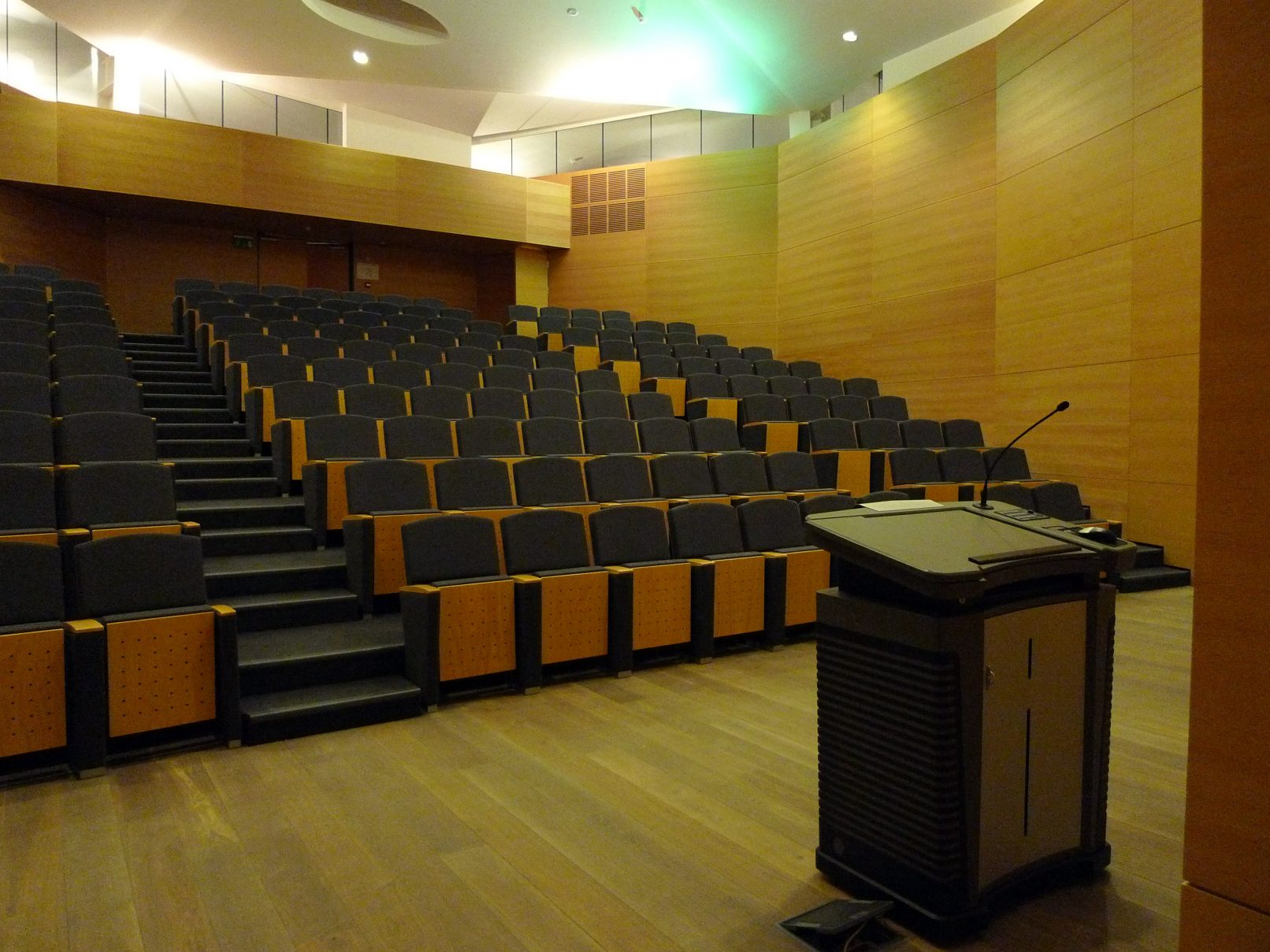 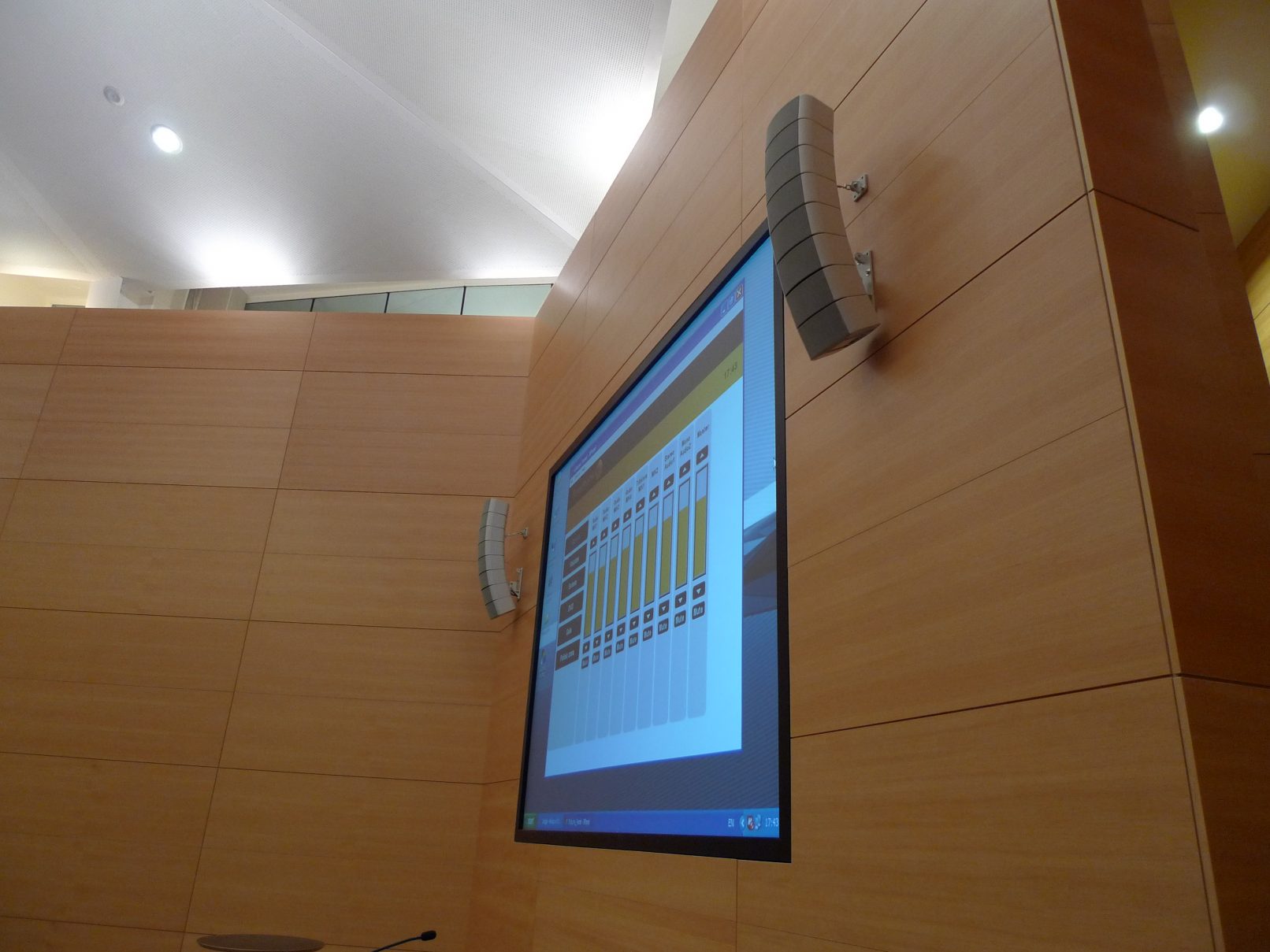 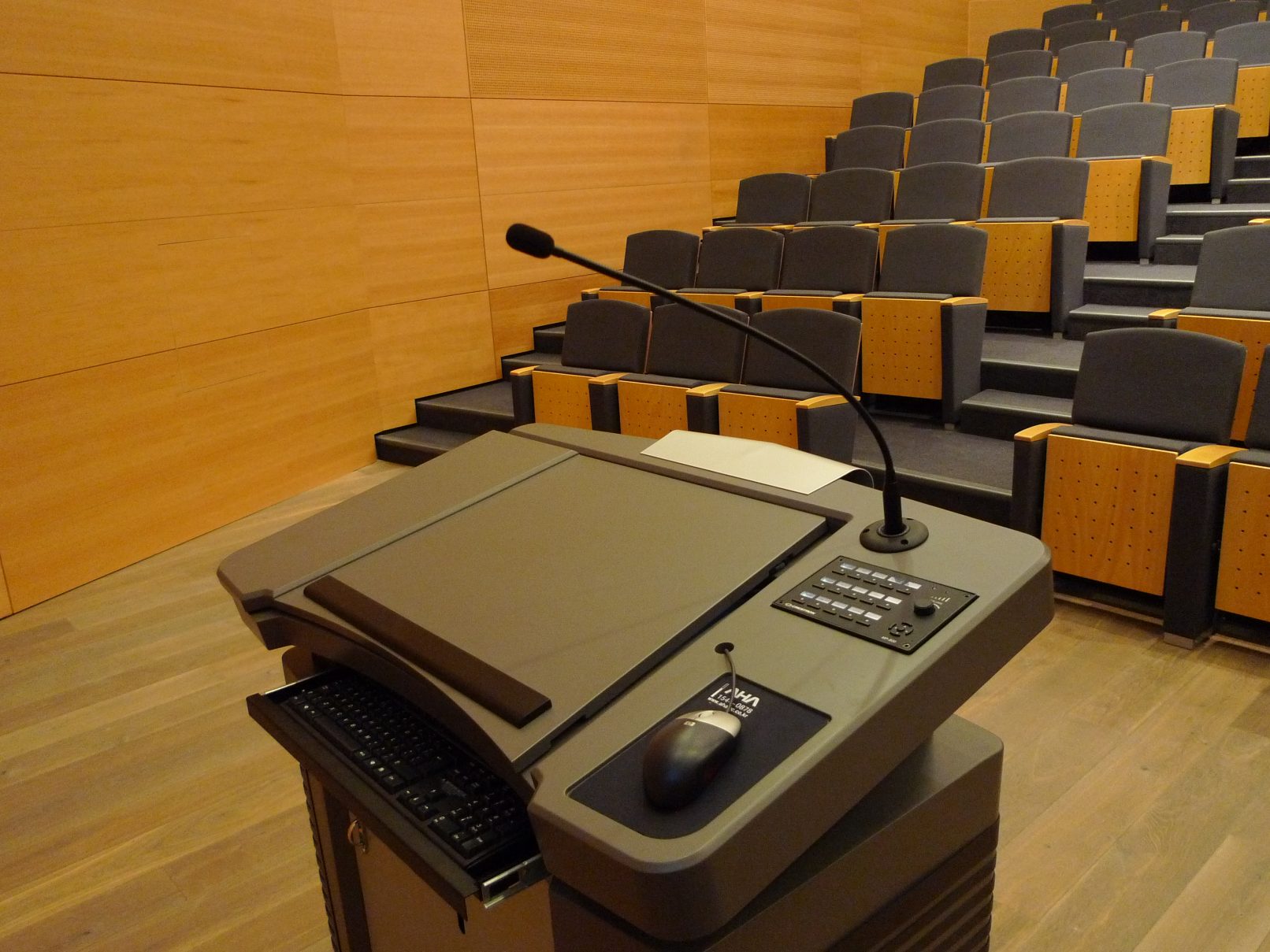 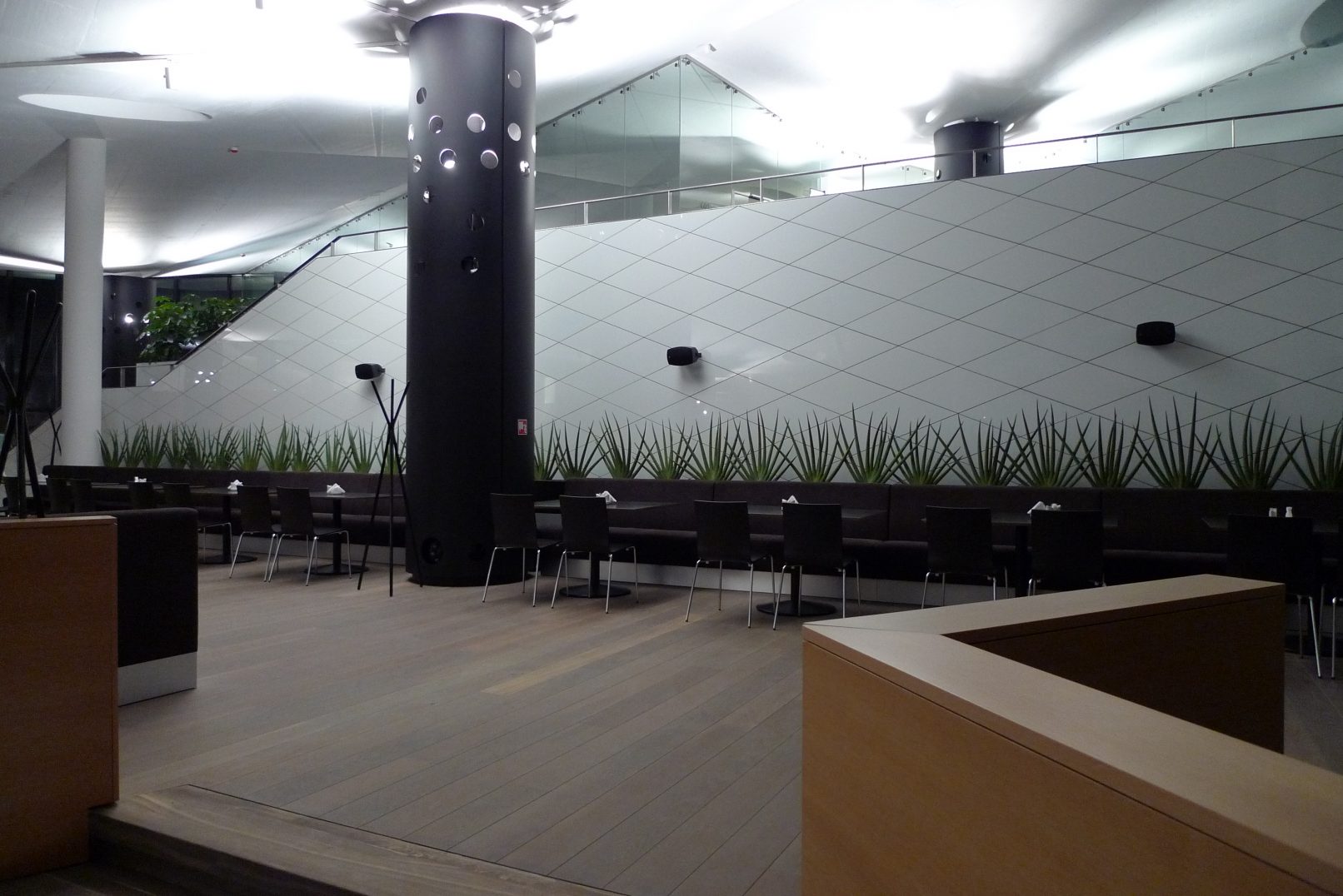 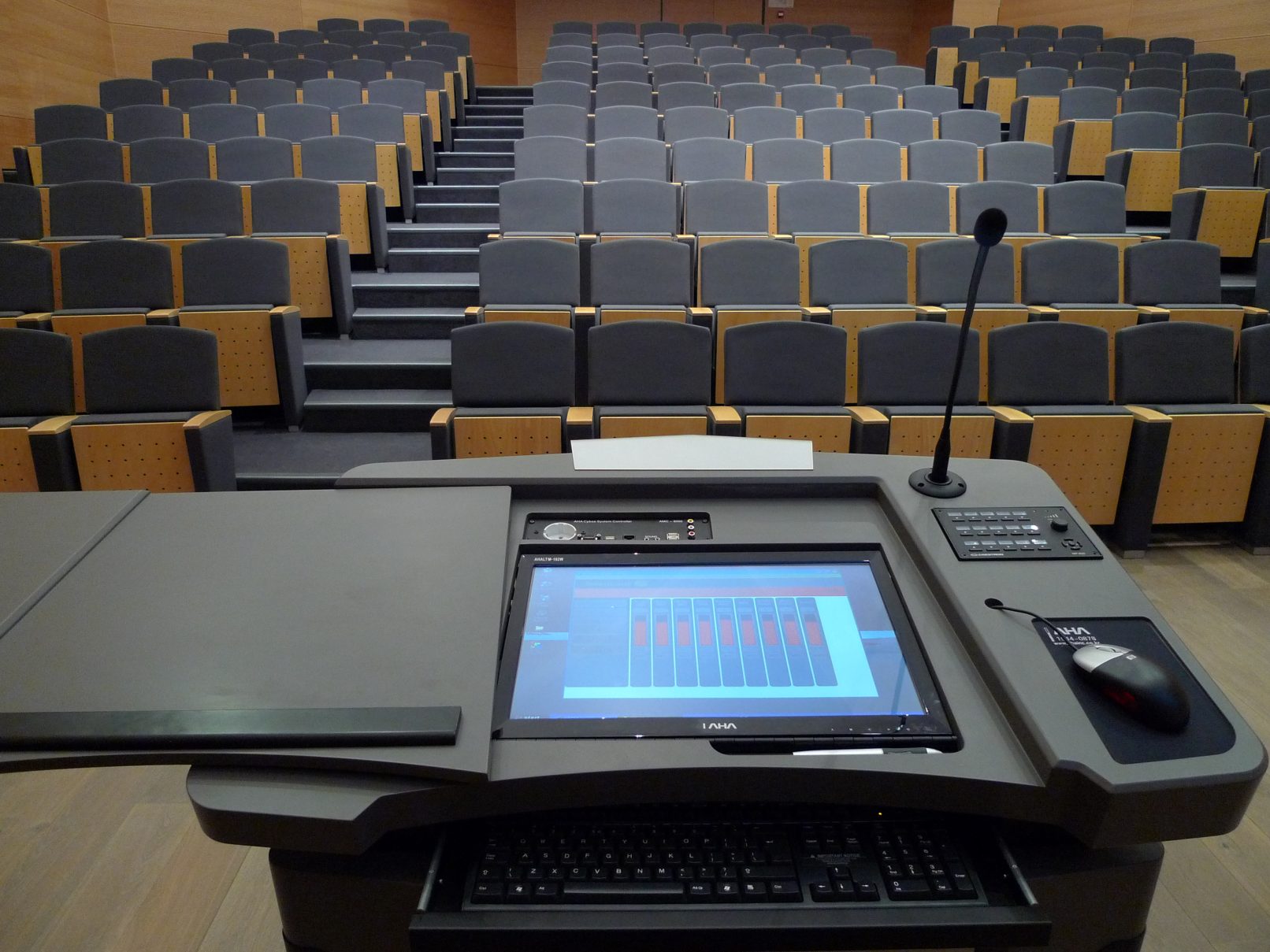