Seimas of the Republic of Lithuania, Gedimino Ave. 53, Vilnius

As the technical requirements for the sound system increased, the distribution – processing and control of the analog audio signal became more difficult. With the advent of new buildings, additional halls, various meeting rooms, the connection between the halls on the principle of analog signal due to the number of cables and the interference that occurred in them no longer met modern requirements.

A digital audio system was installed in consultation with the Seimas specialists in information technology and telecommunications operations regarding the necessary communications between sittings, meeting rooms and communications with TV and radio.

The system is based on BIAMP devices and their functioning in computer networks. All BIAMP Audia Flex CM audio processors and expansion modules used are connected via the Cobranet network with a Cat5e cable or fiber optic for the transmission of audio information between these devices.

Using BIAMP devices, in three buildings, in different rooms, the following was created:

With the use of additional BIAMP sound processors, it is possible to expand the system to new buildings. Audia Flex CM audio processors and expansion modules are connected to the Cobranet network with a Cat5e cable or fiber optic for the transmission of audio information between these devices.

The system is controlled via an Ethernet network. Additional computers can be connected to this network for system management, which allows for independent operational control in each hall. No matter where your audio operator is, you can “see” and control any of the halls you want. Direct the signal from any microphone to any hall, cabinet for radio and TV use in the three buildings.

BIAMP Audia software was used to program BIAMP systems. Structurally, we developed the management program from separate interrelated parts. Each part is designed to serve a different palace and perform different functions. This is done to avoid additional connections between Audia FLEX CM units in different chambers, which increases the reliability of the system operation. Territorially, the program is divided into three parts (Chamber I, Chamber II and Chamber III). The aim was to avoid system malfunctions in the presence of an unstable connection between the chambers. Depending on the distance, the connection between the devices is implemented with a Cat5 cable or fiber optic.

BIAMP daVinci software is used to control the system and display the processes taking place in it. For the convenience of the operator, we have created over a hundred management “pages”. The operator can move from any “page” to any “page” with a single “mouse” click. This allows you to perform various switching and signal corrections from any computer connected to an Ethernet network anywhere. A system of different levels of passwords is used to restrict users’ access to program resources.

The operator can see and control the microphones in any room from any workplace. It can distribute staged sound to any hall, to a translation system for radio and television. In such a system, mechanical sound mixers are no longer used. 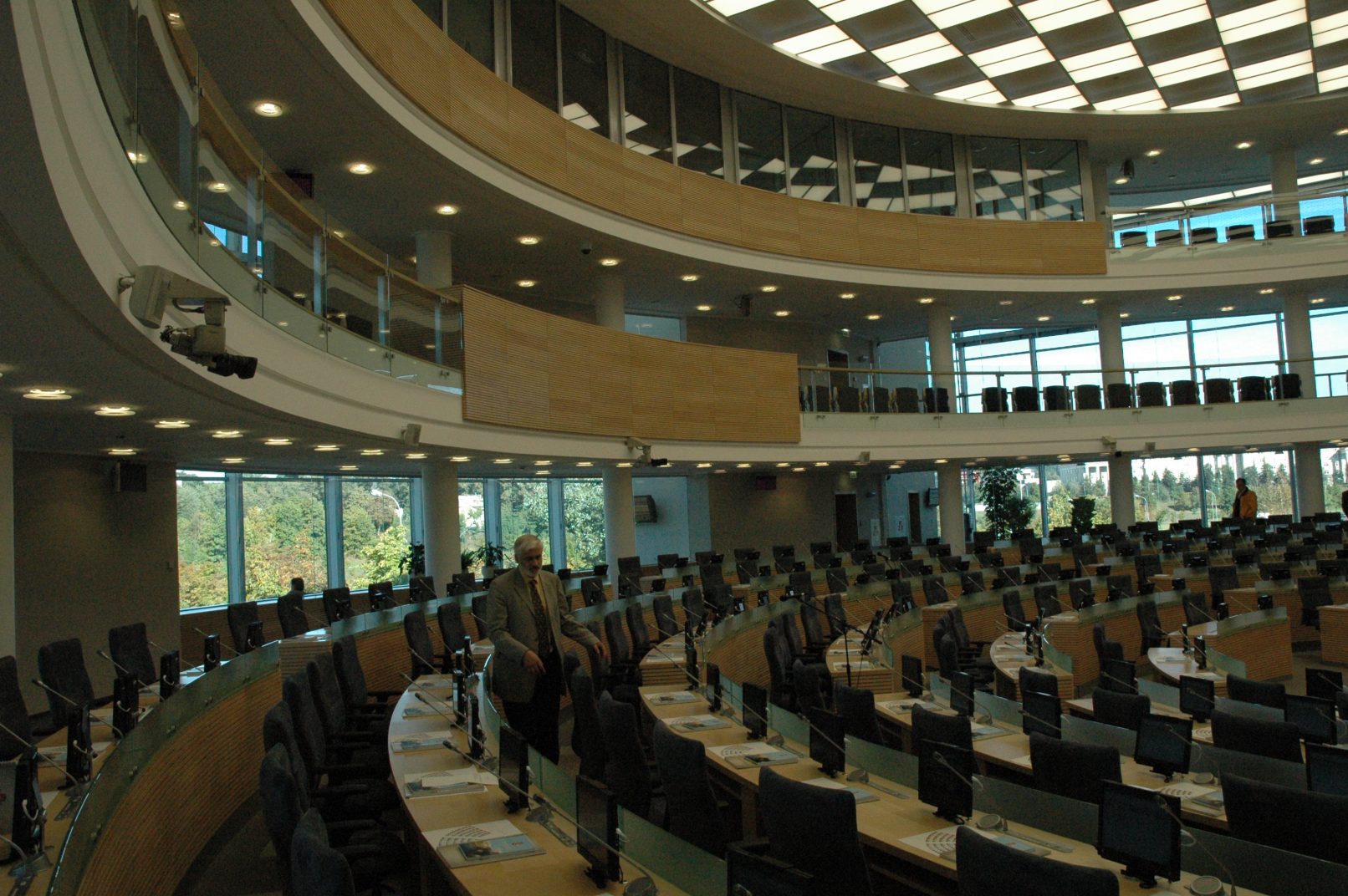 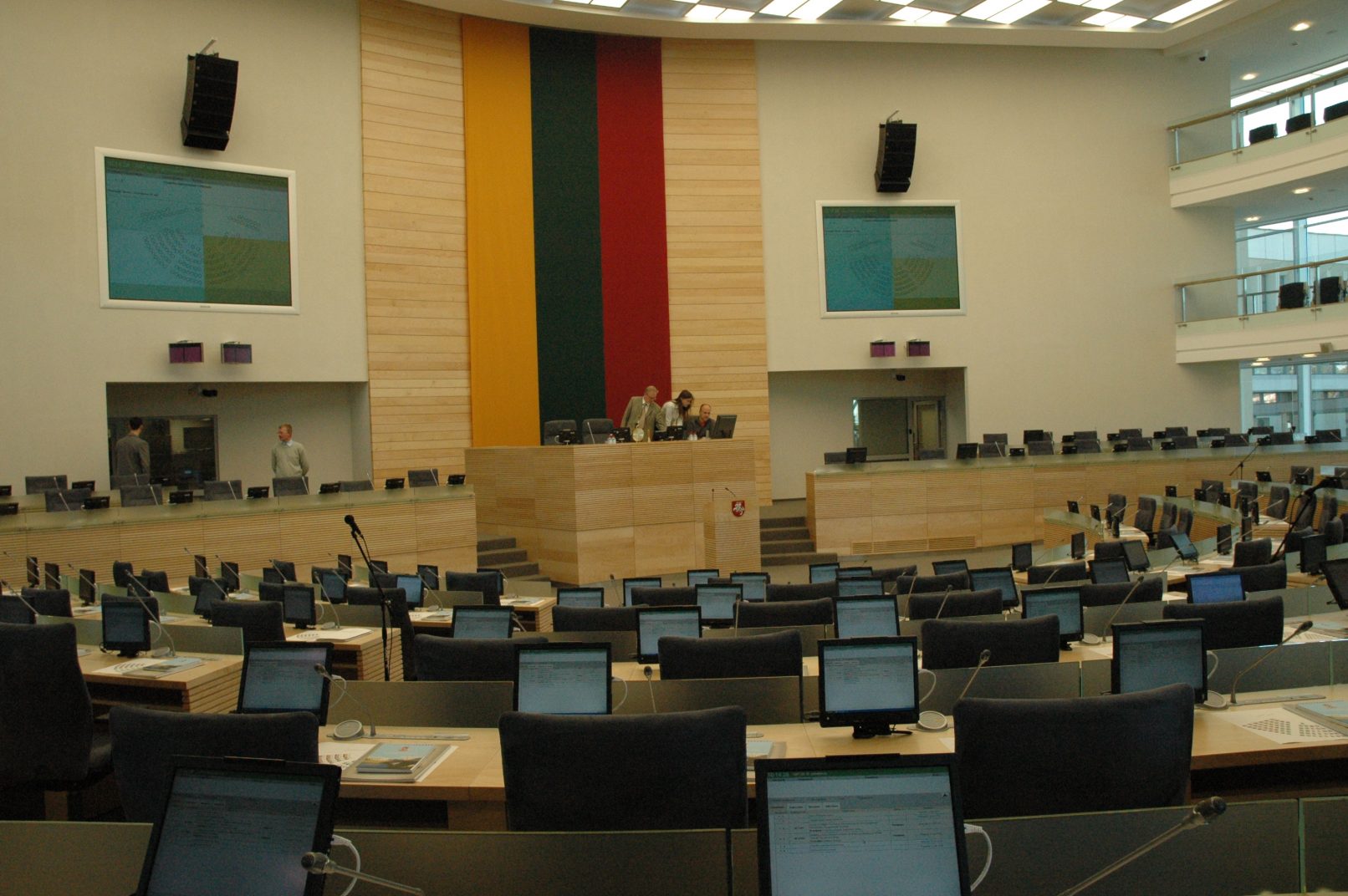 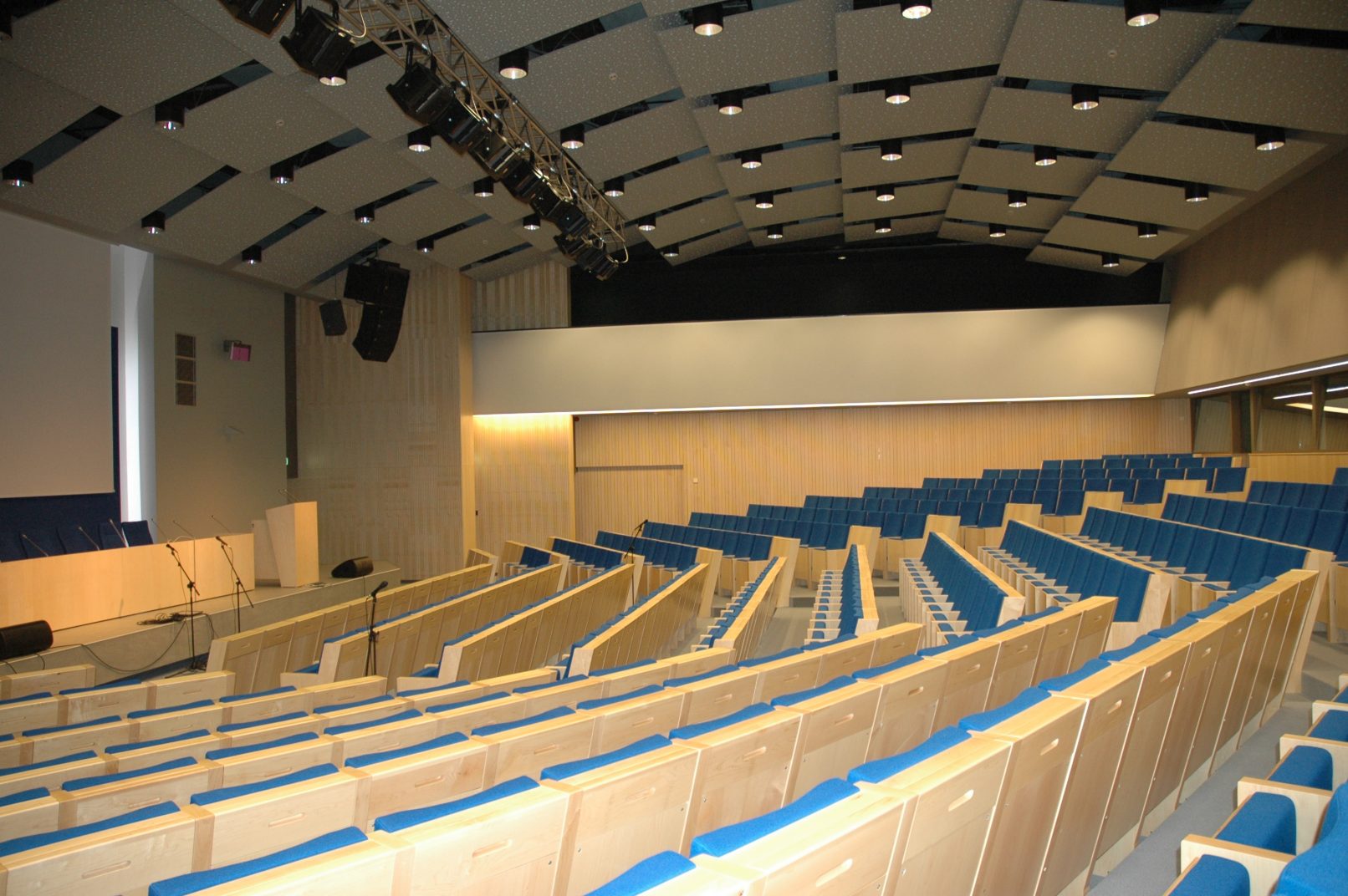 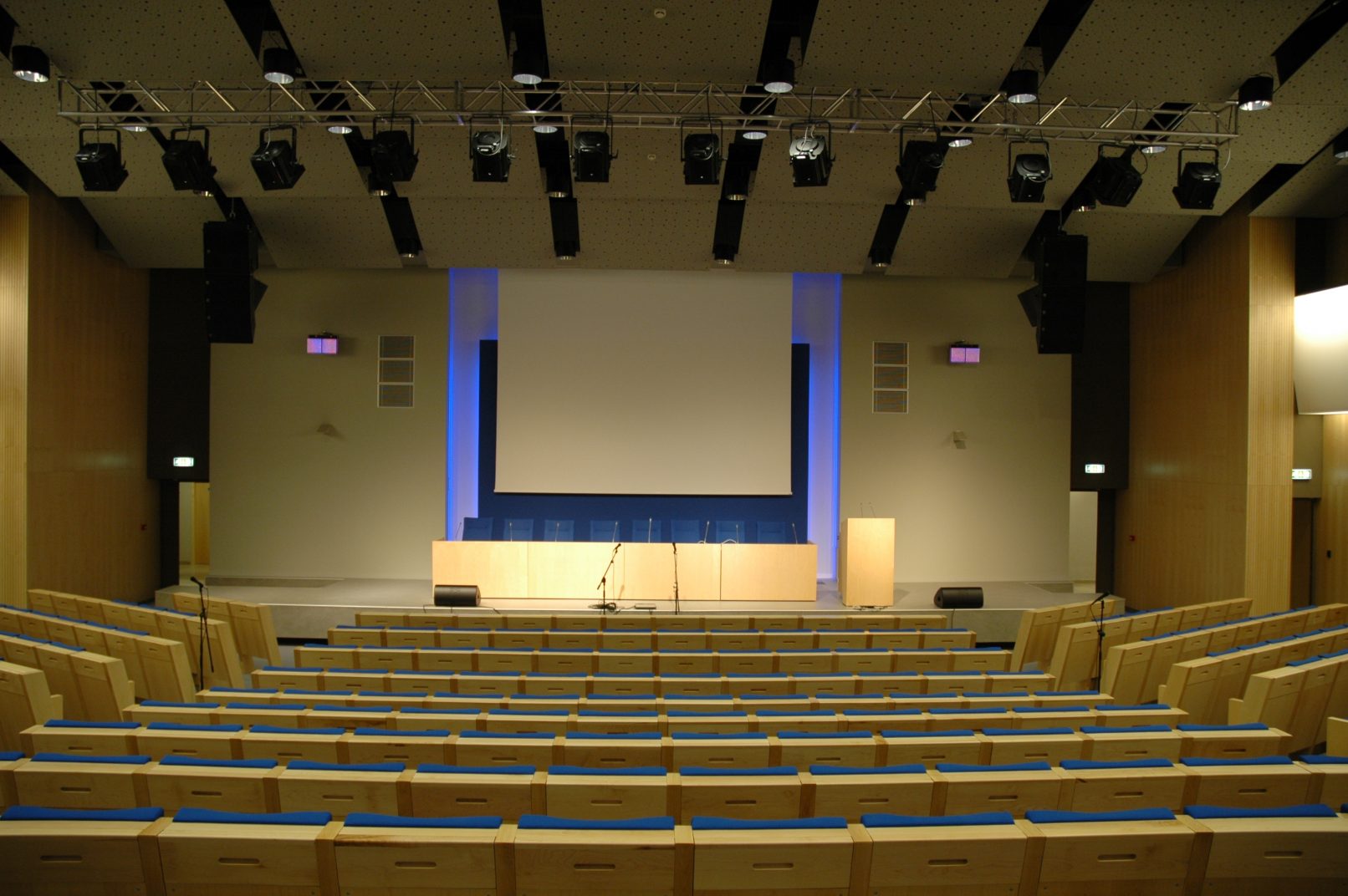 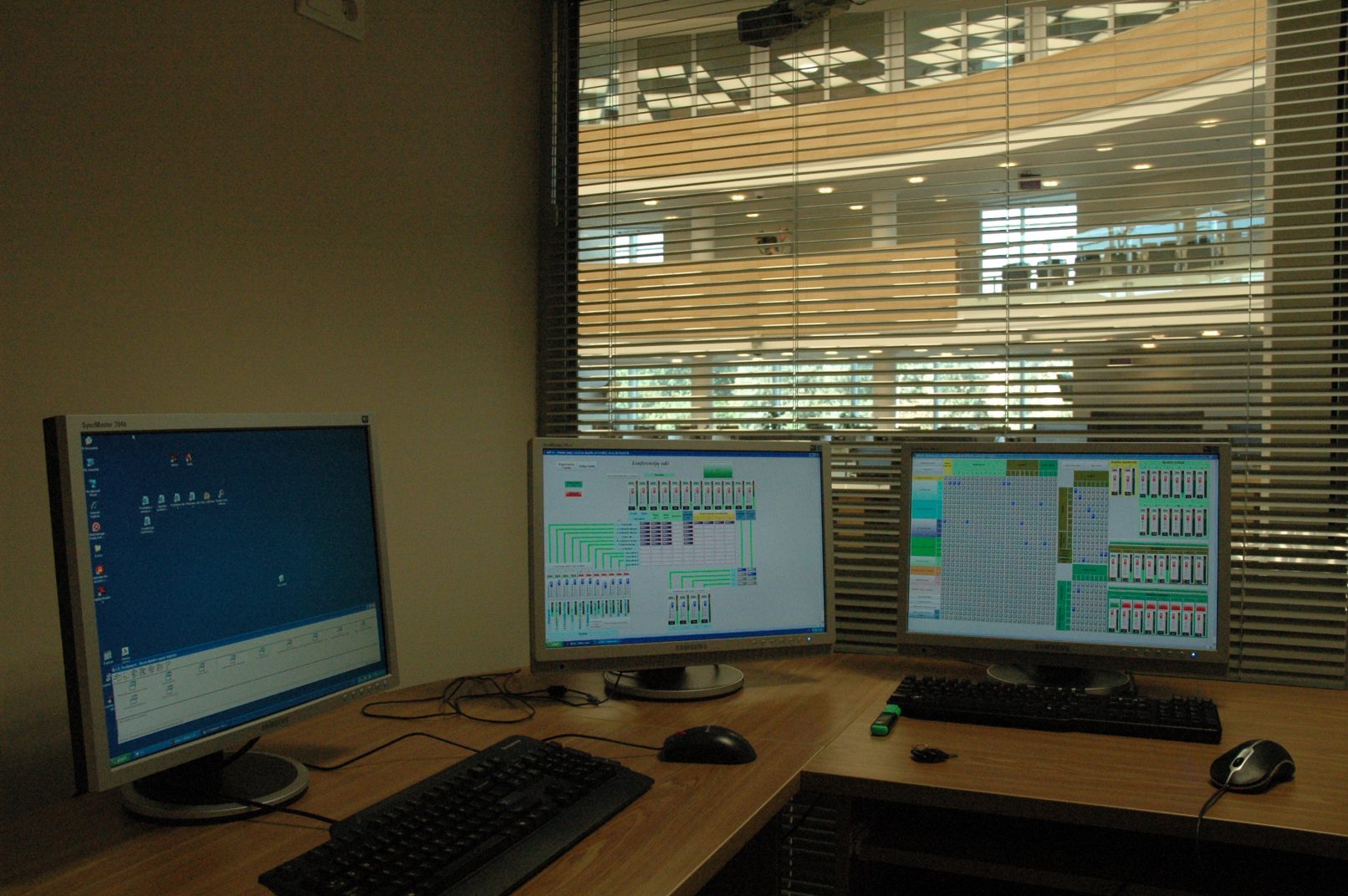 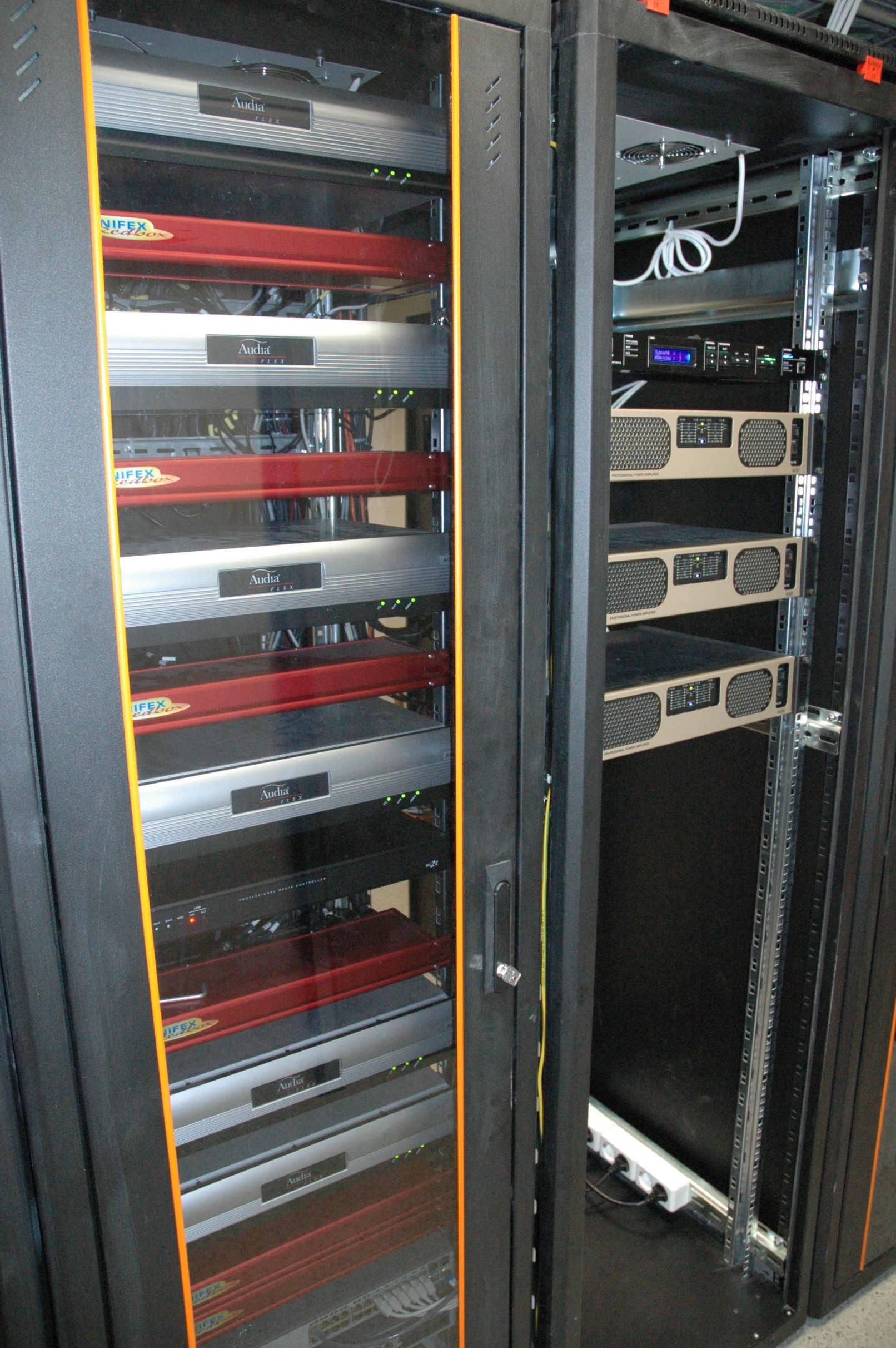 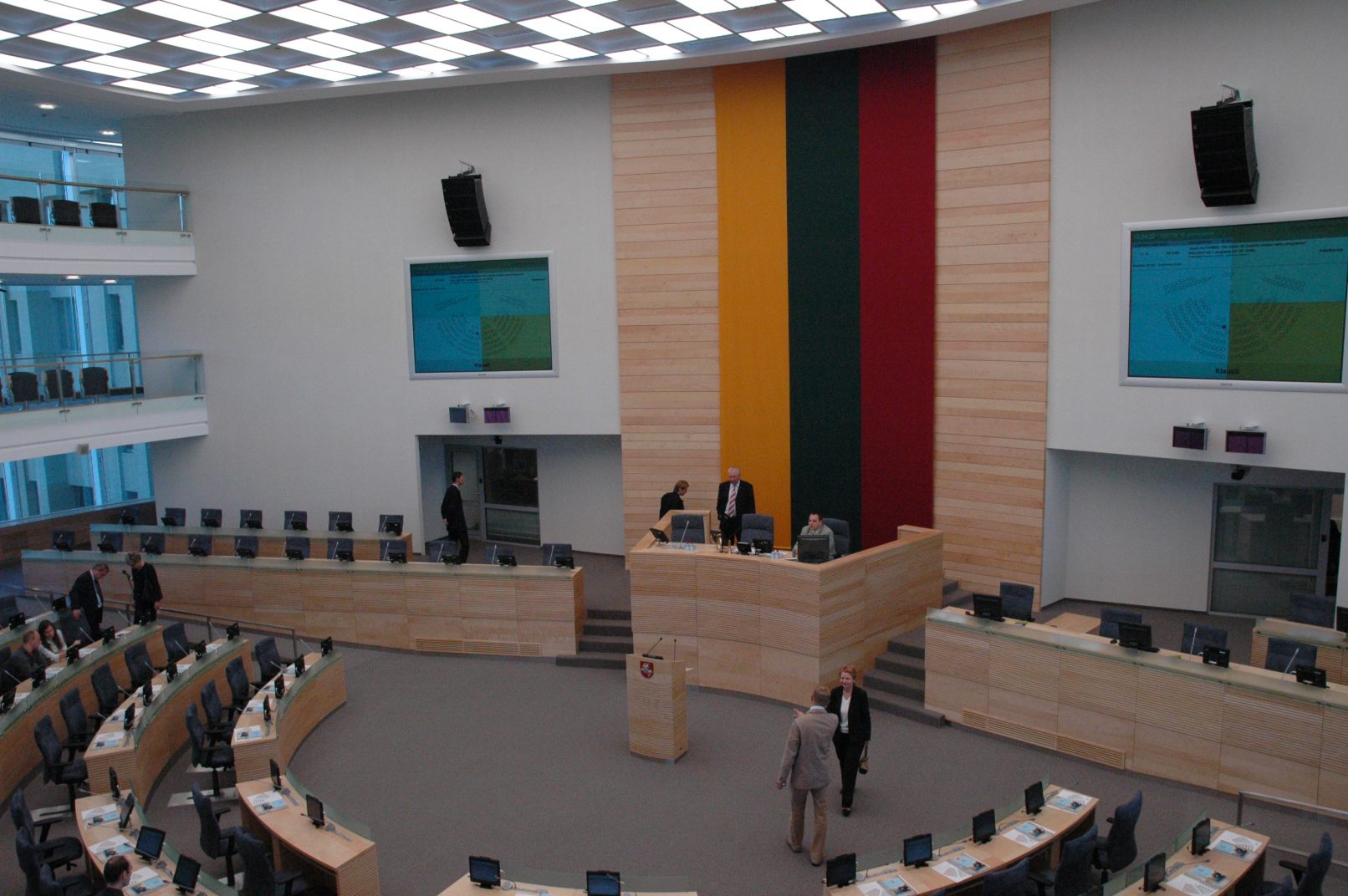