In 2020, the Juozas Miltinis Drama Theater in Panevėžys celebrated its 80th anniversary. The current theater building was built in 1968 and now the main stage was substantially reconstructed, where we installed modern stage mechanization equipment, a new sound system, video projection system, draperies and other technological systems related to the technical activities on the stage. During 2018 and 2019, dismantling of all old stage mechanisms was carried out and SIL3 safety level stage equipment was installed, controlled by one of the most advanced computer systems in Europe by the company Trekwerk.

New stage floors have been installed, the technical floor construction and galleries have been renewed. With the dismantling of the old obsolete counterweight scenery mechanisms, the space of the stage expanded, and the aesthetic appearance of the stage changed substantially.

At the front of the stage, a system of four motorized platforms with travel distance of 2.8m and a moving barrier separating the auditorium from the stage are installed in the orchestra pit. By changing the positions of the orchestra platforms and changing their mutual positions, it is possible to change the shape of the front of the stage in various ways, giving the directors the opportunity to realize various new scenographic ideas, raising the quality of performances and forming various visual views. Raising the stage platforms to the floor level of the stage can increase the stage space to the side of the auditorium, lowering the platforms and the barrier to the floor level of the auditorium can increase the number of seats by adding additional front rows of chairs.
A new 12m diameter turntable was installed, replacing the old one. The new turntable is controlled from the main control desk together with upper stage scenery hoists and its movement and speed can be programmed to operate synchronously with all scenery bars and other remotely controlled devices. The new turntable integrates two automated actor lifts – that allow two actors to rise from under the floor to the stage level according to a pre-programmed scenario. 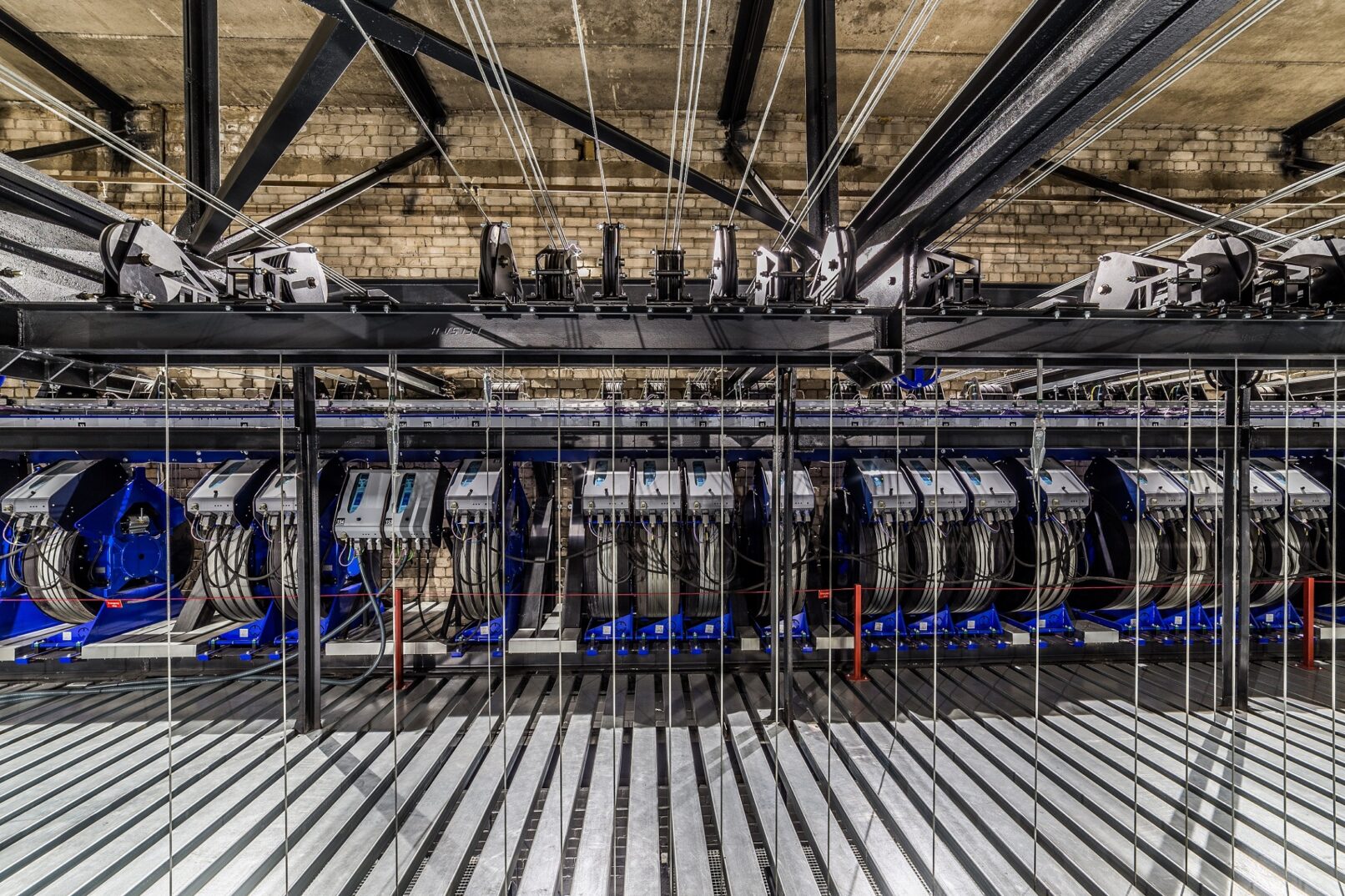 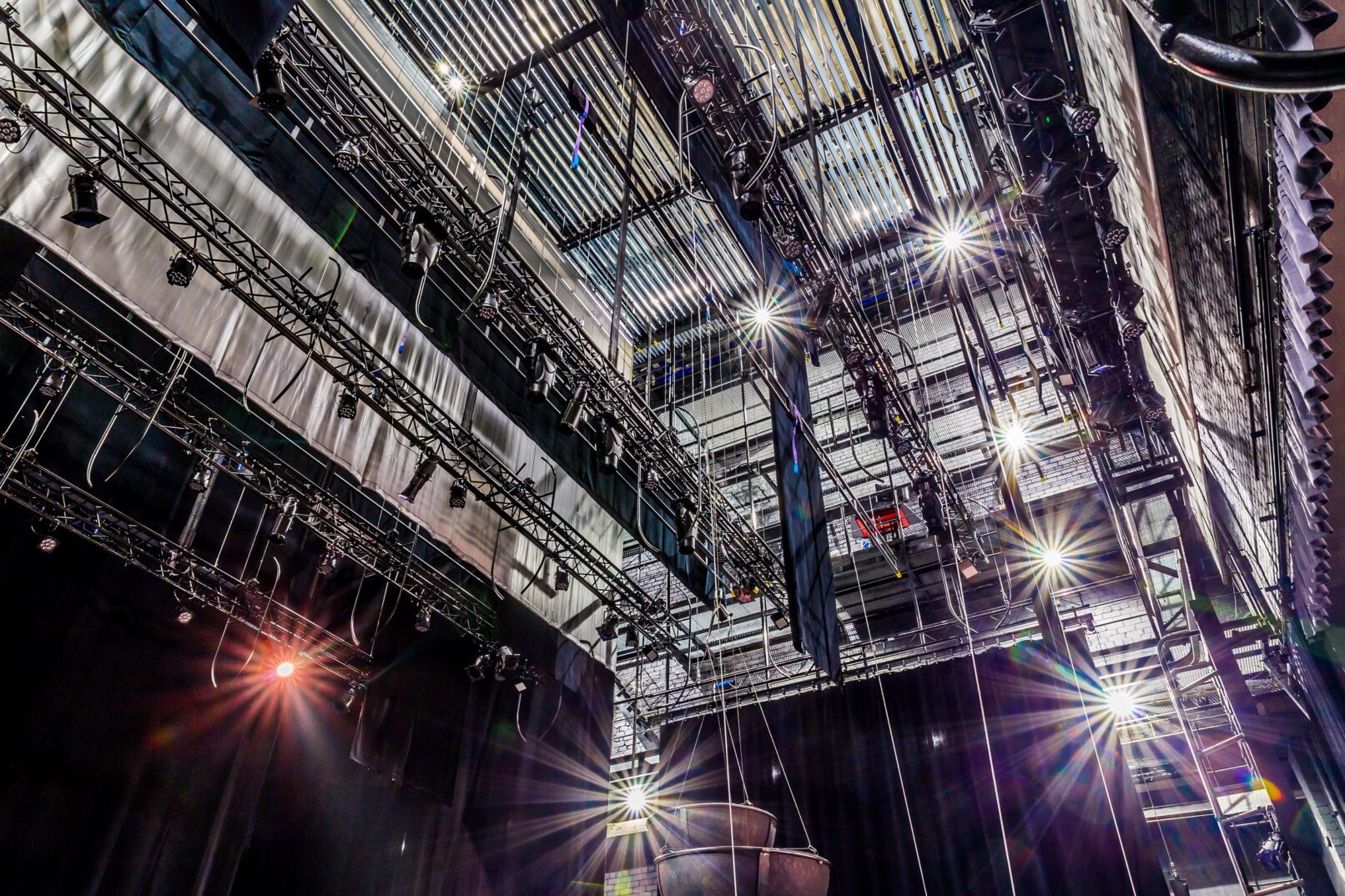 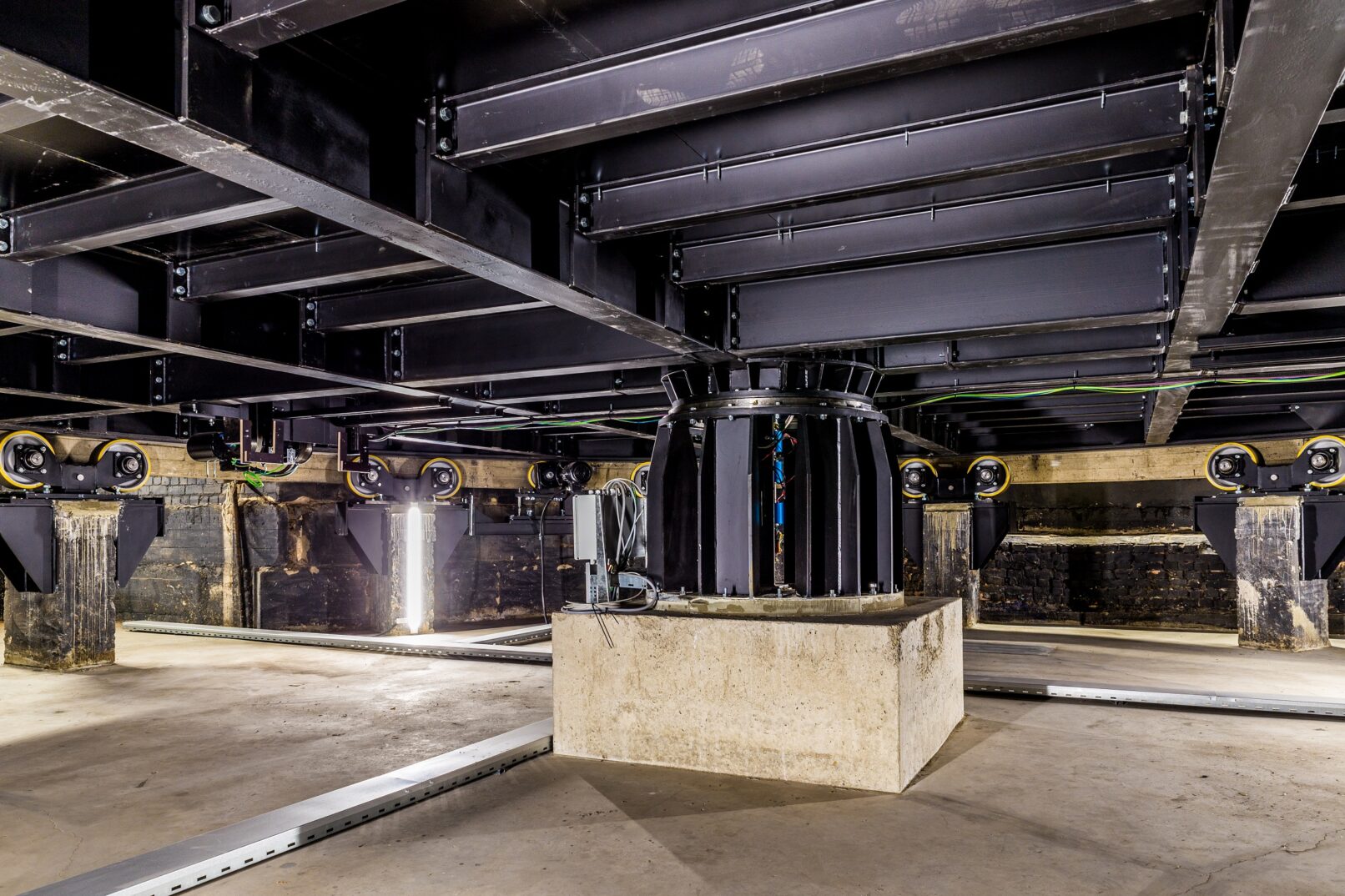 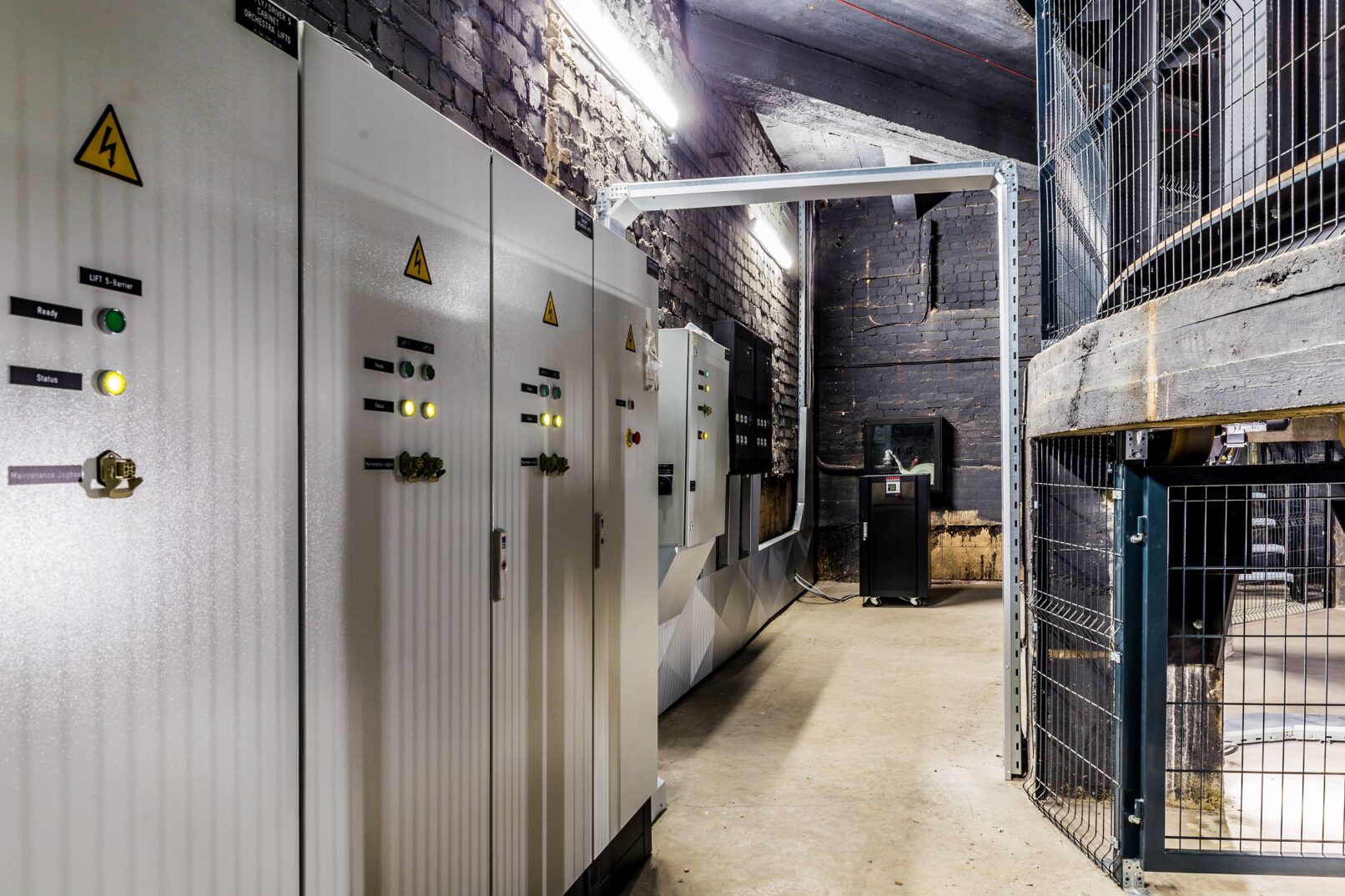 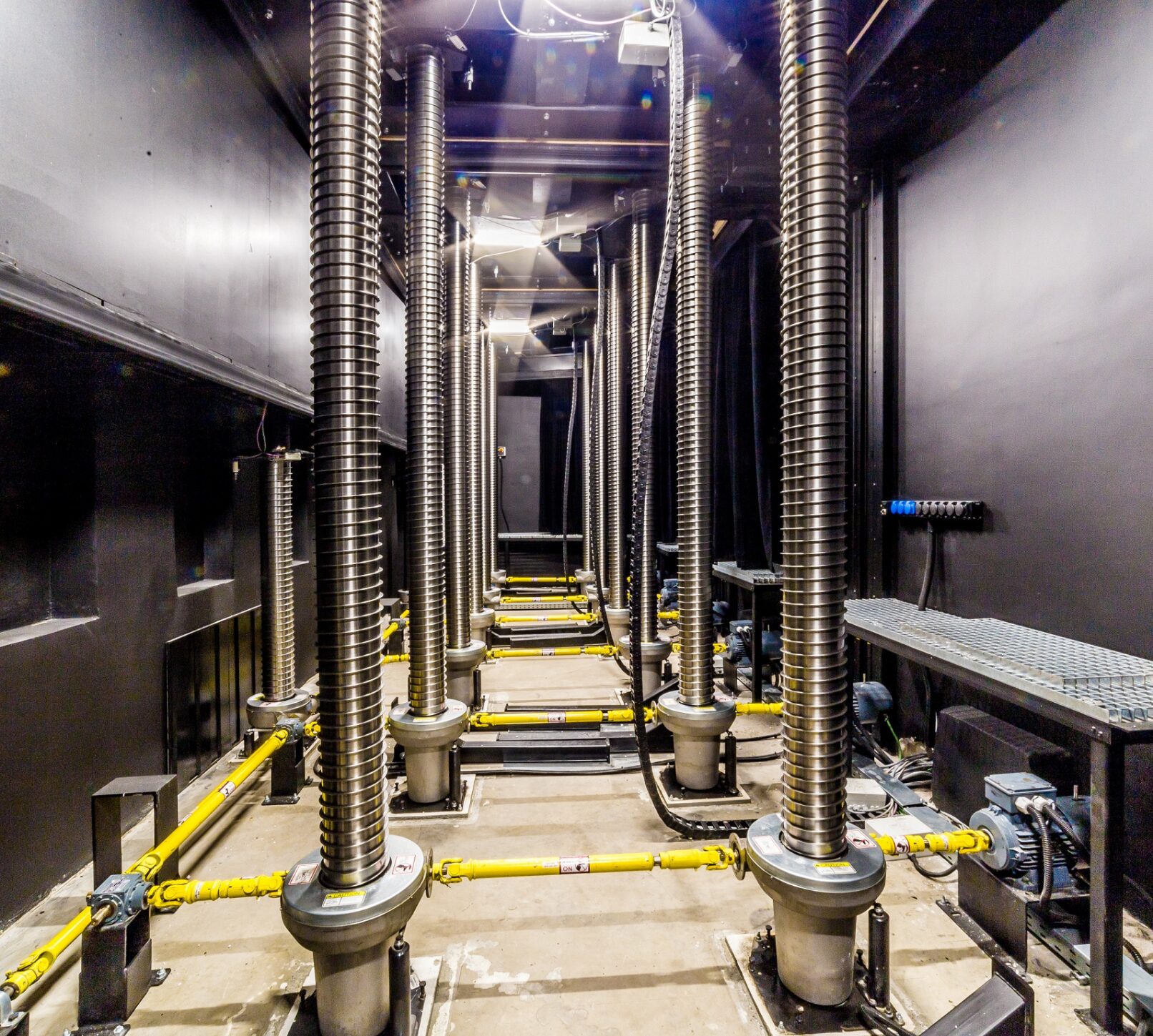 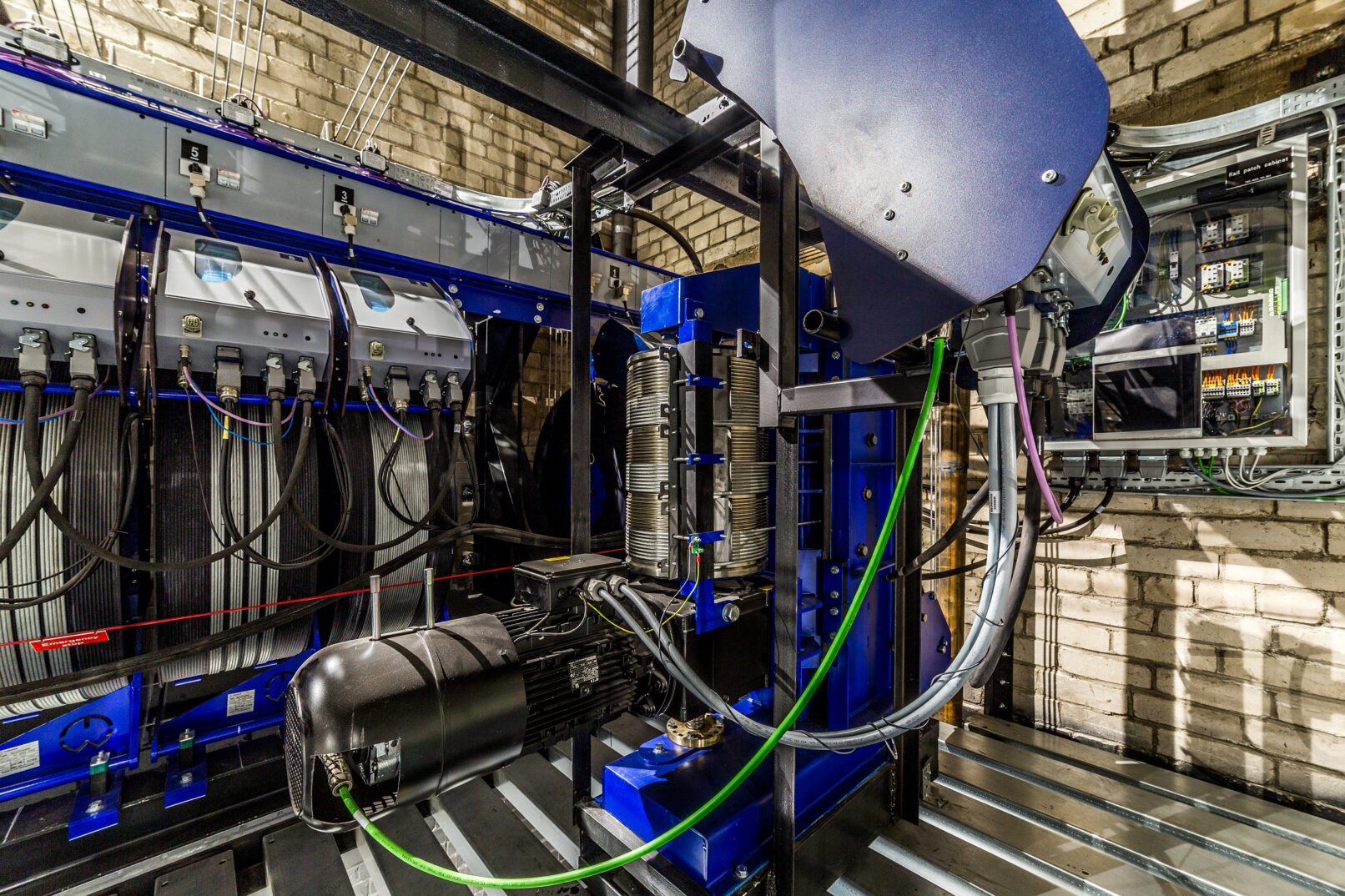 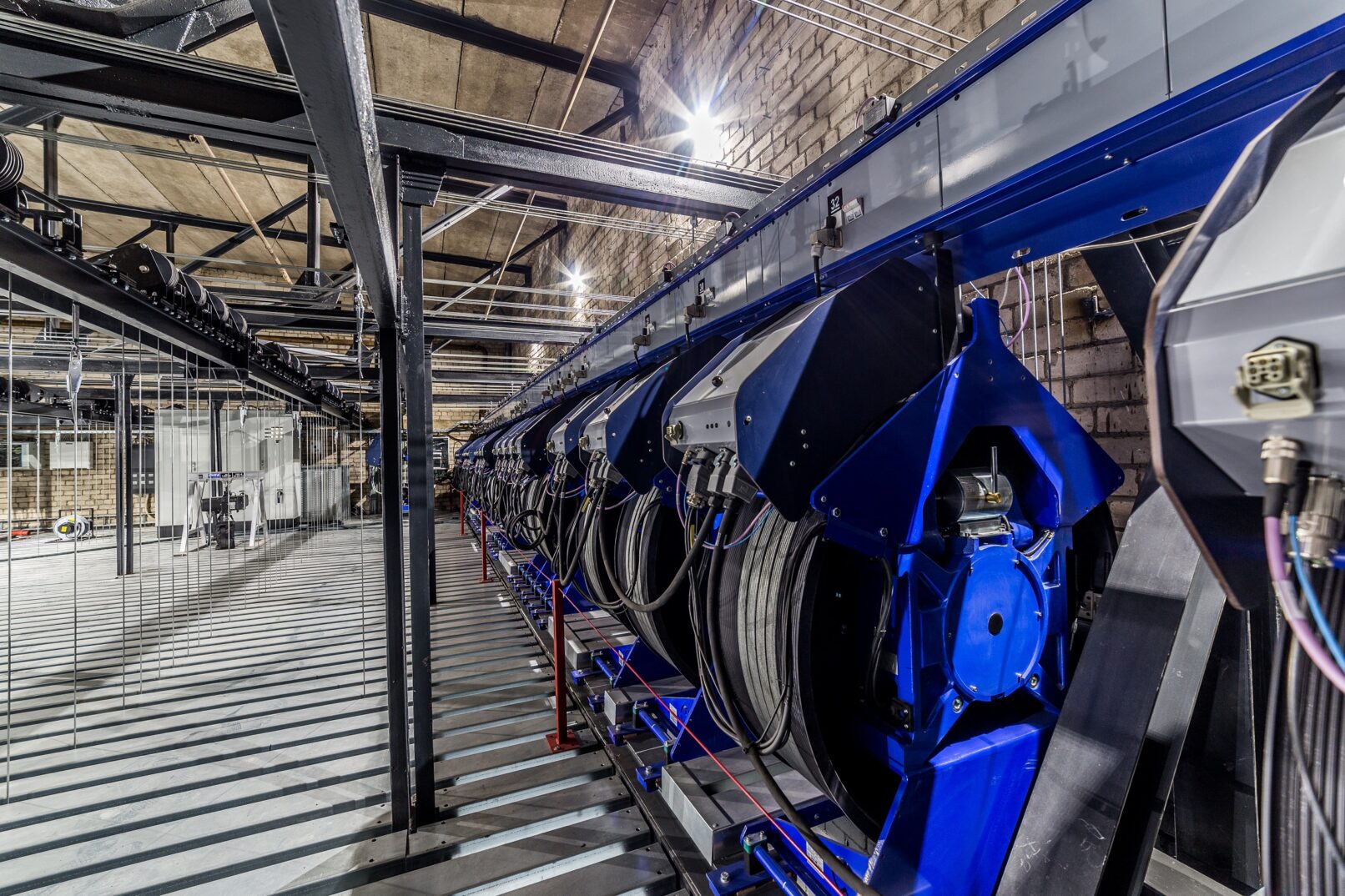 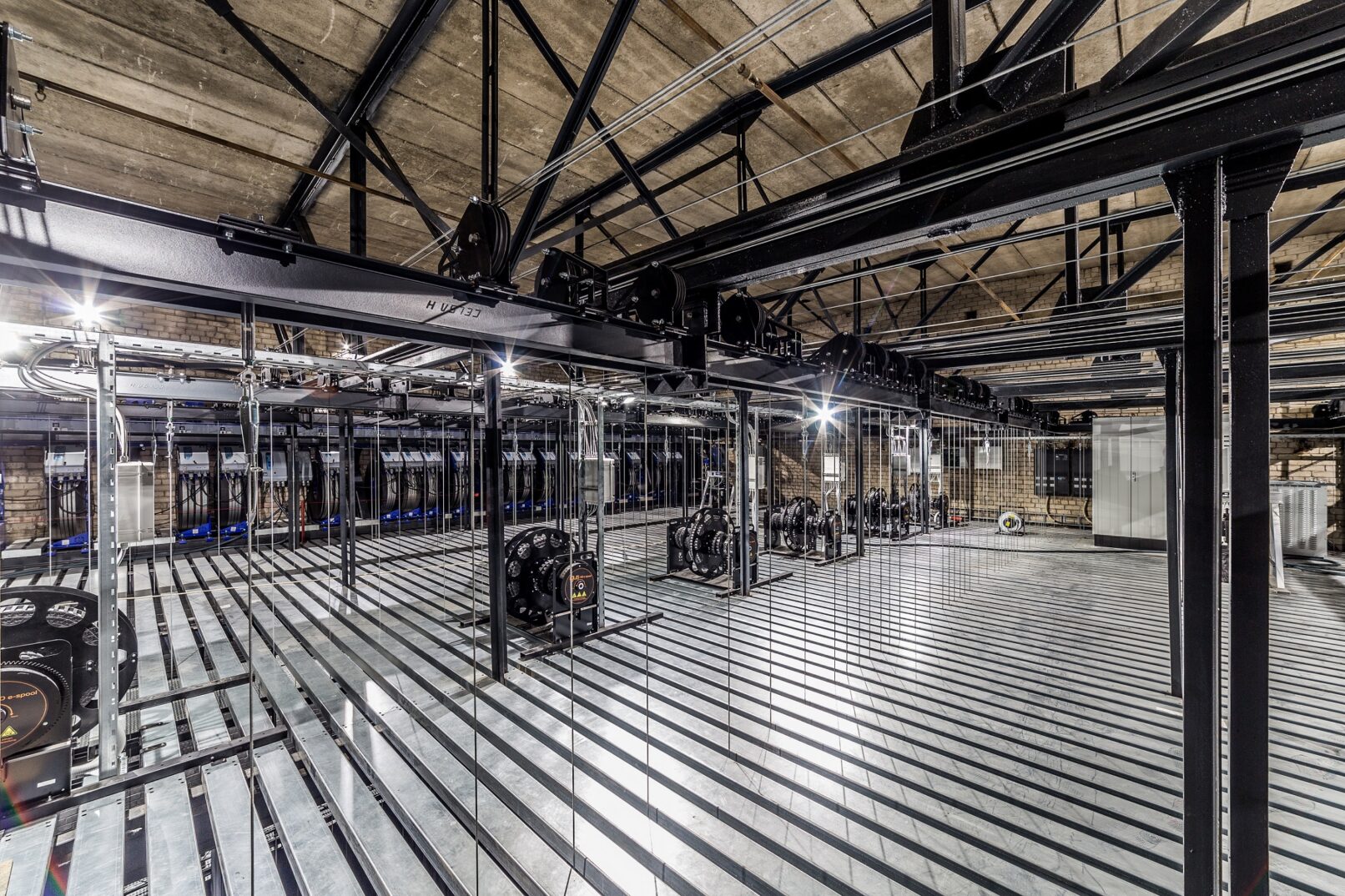